The Seven Sisters’ story starts in 2013, when founder members Kyle McNeill and Graeme Farmer started jamming together. “We’d been talking about doing something musical together for a while, but we eventually got off our arses and actually did something about it,” says Graeme.

“There was no real aim to start a band though; we just wanted something to do!” adds Kyle. “Anyway, early the following year we picked up the pace a little and managed to get a few songs together really quickly. The songs are what became ‘The Warden’ demo tape, with Josh Winnard from Dark Forest helping us out with the vocal duties. After the tape sold out, we thought it might be a good idea to make a go of it in a real band situation. So in September 2014, we had our first rehearsal as a band, with Graeme on guitar, Steve [Loftin] on drums, Adam [Thorpe] on bass and me doing guitar and vocals. We did try to look for a singer but I just ended taking over vocal duties because we liked the dynamic of the band.”

“We played a few shows around the UK,” says Graeme, taking back the story, “and this line-up recorded the ‘Lost In Time’ 7” single in 2015, which was our first release as a full line-up. We played some more shows, including some outside the UK, and then recorded our self-titled debut album [released by High Roller in October 2016]. Shortly after this Adam left the band, but Javi [Rute] took over on bass just before the album came out. Sometime in 2017 we were approached by Dissonance. We contributed an exclusive track called ‘The Witch’s Eye’ to their ‘British Steel’ compilation, which was our first recording with Javi on bass, and we then entered the studio at the end of the year to record ‘The Cauldron And The Cross’, our second full-length album, which came out earlier this year. And that pretty much brings us up to the present,” he concludes.

As bands can sometimes spend as long choosing their name as they can writing an album, I wondered where Seven Sisters came from. It can’t be as easy as being a part of London, surely? “It was almost that simple,” laughs Kyle. “I saw the name on the front of a tube train and just thought, ‘that’d make a good band name!” I’m surprised it hadn’t been taken before.”

“Kyle thought it sounded pretty catchy, I agreed and it became the band name,” says Graeme. “I don’t think we even really considered any other names too much. Obviously it ties in with the constellation and the Greek myth too, which we explored on the first album, so we can pretend we’re cleverer than we actually are as and when it suits!”

Released in April, ‘The Cauldron And The Cross’ is an exciting body of work, and one which has been rightly praised in metal circles. Featuring nine cuts of almost timeless metal, it’s an album the band can be rightly proud of.

“We are extremely pleased with it,” says Graeme. “I think it’s easily our best work to date, and it’s the kind of record I’d buy and enjoy even if I hadn’t played on it. I think that’s all you can set out to do when you come to record an album. It’s cool that the reviews have been positive and stuff, but I’d still be really proud of this album even if everybody hated it!”

“We did put a lot of effort into it, and I think you can hear that come through in the recordings,” adds Kyle. “We pushed ourselves, and at times the recording part of it was super stressful, but nothing that’s worth it comes easy.”

Both agree that the quality of the production is a marked difference between their latest album and ‘Seven Sisters’. “The first album we recorded ourselves and I mixed it,” says Kyle. “This time round we went into a studio and worked with a producer, a chap called Jim Knight who is an extremely talented engineer/producer friend of mine. I also think that overall atmosphere and intention is more mature than the first album. I think it’s fair to say that we set out to push ourselves further in every department and, in the process, write an album that is both musically interesting and catchy. I suppose another aim for us as a band, albeit on a more subconscious level, is to create something that is ‘ours’ rather than a cheap imitation of things that have come before. I honestly think we have achieved all of those things. For me,” he finishes, “it’s a step in the right direction in every aspect.”

“All our previous releases had been self-recorded and self-produced, and they do sound pretty good considering it,” suggests Graeme, “but it obviously makes an enormous difference to work in an actual studio with a professional producer. I think the songwriting and performance standards have increased as well, but that’s been more of a natural progression, and the kind of thing you’d expect from a band that’s been around for a little bit longer.

“We’d decided we wanted to do a concept album based on Arthurian mythology, but other than that I don’t think we had any specific objectives. We obviously wanted it to be a step forward from our previous work, but that’s a goal for any band recording a new album. All the music came quite naturally, we weren’t really trying to do anything too specific in that regard. Once all the music was written, we arranged the songs in an order we thought flowed well, and then added the lyrics last of all to tell the story we wanted to tell.”

There’s no doubt that ‘The Cauldron And The Cross’ is an album straight from the top drawer. It’s exciting and enthusiastic but skilfully restrained at times, and over fifty minutes or so it unveils all manner of treats and highlights. “My personal highlight of the album is ‘A Land In Darkness’ which is a really interesting song to play with a ton of riffs and sections but I think it flows naturally as a song,” says Kyle. “It’s the closest I’ve been to achieving what I initially set out to do with a song.”

Graeme laughs. “Its highlights? My solos, obviously! No, I think it’s a pretty consistent album throughout actually, although I think the two-part title track is the highlight for me – we definitely saved the best till last as far as I’m concerned,” he says, in reference to the album’s epic fifteen-or-so minute album closers.

If there’s a secret to Seven Sisters, it’s that, as Graeme notes, “we’re a really good live band. I think we play with an energy and enthusiasm that not all bands seem to have. It’s something we pride ourselves on. We rehearse every single week even when we don’t have any gigs booked as we want to be as tight as possible when we play live. Hopefully anyone who’s ever seen us on stage would agree that it’s paid off.”

Kyle agrees, and adds: “We work and sound best as a unit. We are fairly skilled as individuals but we seem to put that aside and serve the song rather than individual ego trips. Sure, there are fairly liberal amounts of guitar solos over everything we do, but we are a heavy metal band after all!”

What about some trivia about the band to round things off? Kyle laughs again. “Erm… I’m not sure we’re all that interesting, to be honest! Well, I’m completely deaf in my right ear, but not from abusing loud music – I think it’s from birth, or at least a very early age.  People tend to be fairly surprised when I tell them, especially because I can pitch in tune. I hope!” he adds.

And finally, if the band were marooned on a desert island, and things got desperate, who would you eat first? “I’d definitely go for Steve, because he’s vegan and he doesn’t drink so he’s by far the healthiest out of us all. I’d leave Graeme ’til last; he’ll just taste of booze and fags!”

To buy or stream ‘The Cauldron And The Cross’ or to purchase the official merchandise click below…. 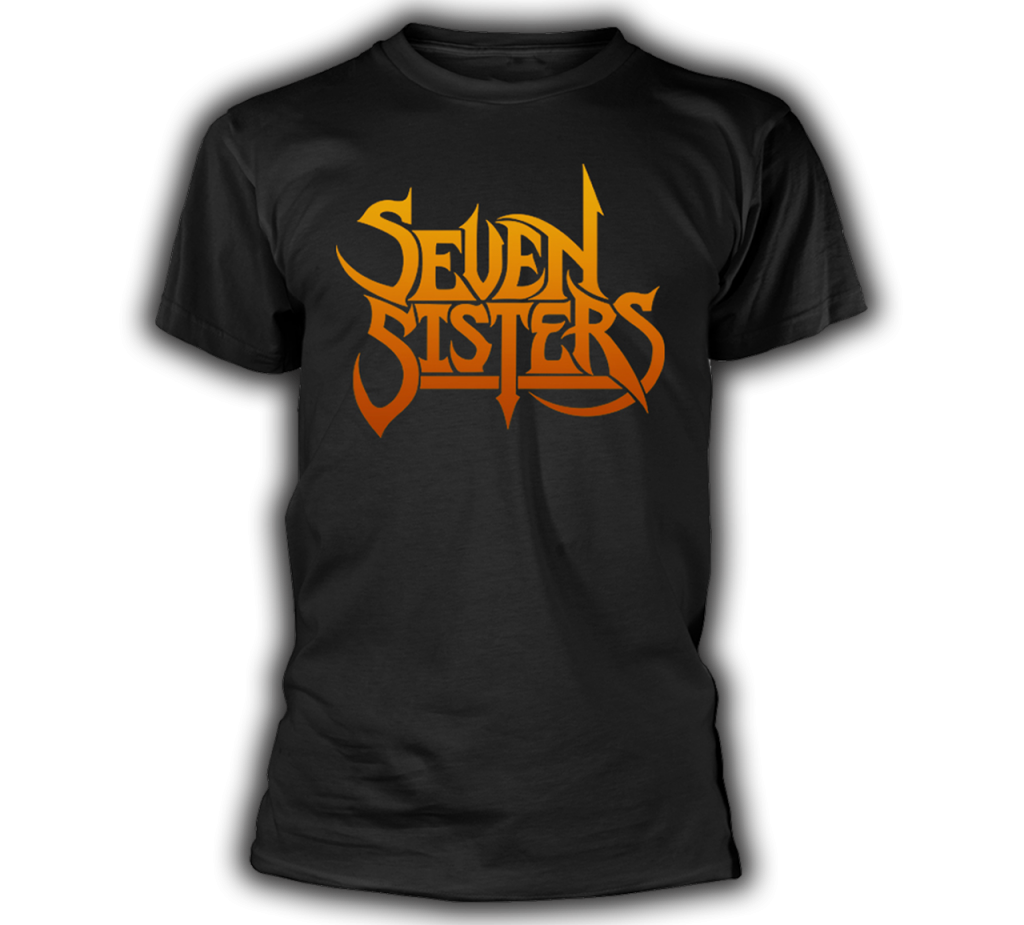