As is tradition for any Aggression tour, the band and crew spends the night before at my house drinking beer and Fireball whiskey. The fifteen-passenger van and uhaul trailer are parked and loaded in the driveway. It’s good to have everyone together the night before the trip to have a few drinks to get us all in the right mindset for what will follow for the next few weeks.

Being a Canadian band we all hold our breath whenever we go to cross the border. We’re not guilty of anything and have all the proper legal documents, but we just never know if the border will let us in or not. We get there and have zero issues. No secondary inspection. We’re golden. We stop off at the Safeway and load the cooler with cheap beer. Now we’re ready to tour!

The first night was Portland, Oregon, a five-hour drive that turned into an eight-hour drive. The traffic through Seattle and Tacoma was brutal! The Twilight Café & Bar was packed. There were people throwing a forty-gallon drum around in the mosh pit. Towards the end of our set, I was dumping beer down Jon’s [bass player Jon Power] mouth while he was crowd surfing and playing ‘Metal Slaughter’. The next night we were in Kelso, Washington, for the WADM Metal Fest at Erebus. This was another amazing night with our NYDM brothers and sisters and, I must add, $1 tallboys. Don’t you threaten us with a good time! After these two shows we had to drive back to Canada to swap our drummers. Our go-to Ryan Idris had to go on tour with his main band Expain, so we dropped him off at home and picked up Matt Modder of Abuse and Tyrants Blood fame for the second run of shows.

First night back was in Seattle. We had some issues but nothing out of the ordinary. After the show we drove around the bay to Bremerton where we spent the next two nights at a friend’s house. The second show was in Bremerton at the Charleston, and I hate to say it but it was probably the worst night of the tour for us. There were issues with the house system. Our line check took almost an hour. We played one song and told the soundman to shut off the monitors because it was just making it worse. These kind of shows happen from time to time and you really just have to put your head down and soldier through it. After the show I took the wheel and drove us down the highway throughout the night to the scene of our next show at The Barn of Brutality in Estacada, Oregon. It was a private show in a barn with a stage, sound and light system rigged up. We arrived at 5:30 in the morning to see a guy running five smokers, cooking up half a cow for the feast we would be sharing with the ORDM/NYDM family. We had an amazing time with great hosts. There was an old electric chair in the barn, we fired guns at the shooting range, and we saw a severed arm in a deep freeze next to a box of eggo waffles and pizza pops. That’s how Aggression parties!

The last night of the tour was a long drive to Sacramento. Luckily the fires that were devastating California at that time weren’t too bad so we didn’t encounter too much smoke or hassles. We were warmly greeted upon arrival. We played a good show despite more issues with the sound system – while we were playing it would shut itself off. I guess we were too much for it! After the show I said goodbye to the band and crew as they headed back north for a seventeen-hour drive back home. I jumped in a car with some friends and drove three hours to San Francisco where I did the tourist thing for a few days before flying home. Bring on the next tour! 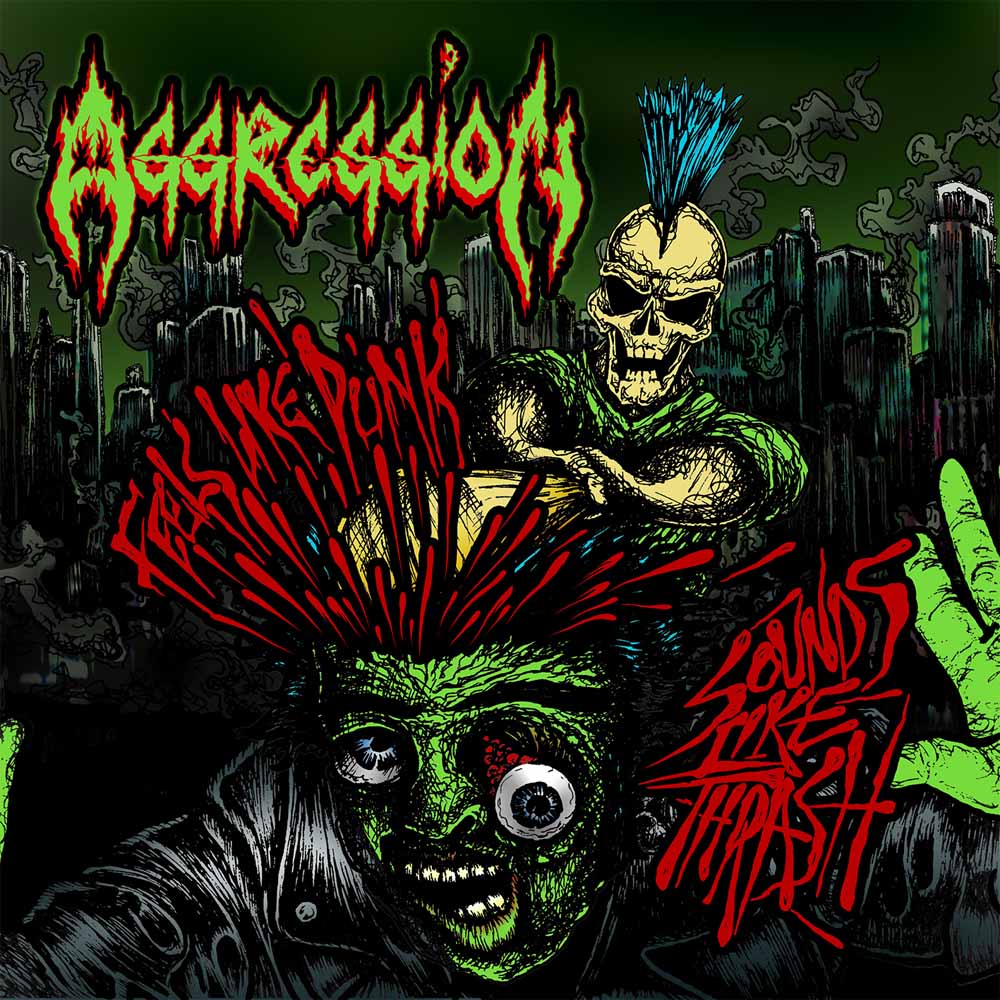