DESOLATION ANGELS recently did a whirlwind five-gigs-in-five-nights mini-tour of Europe. Road manager Paul Chatfield took a few notes and reported back the highlights.

The tour actually started on 2 October – the day was spent travelling and included a stopover in The Netherlands before another five-hour drive the following day took us to Germany and a club called Bambi Galore in Hamburg. The venue was in a downstairs vaulted area and with support from Salem UK we a good crowd in for a Wednesday night gig. The guys went down well with an enthusiastic headbanging crowd, and we notched up a lot of merch sales including ‘King’ on vinyl.

The next day 4th October we travelled six hours back to The Netherlands and a venue called De Miester club. Geleen is a quite industrial town and the crowd were excellent that night, being very vocal with their support for the band. After breakfast a short drive across the border into Belgium took us to the Negasonic Music Club in Aalst. In complete contrast to the previous night the place was rammed, there was a very welcoming atmosphere from the metalheads there and merch sales were immense.

6 October saw us in France for the British Steel Festival. What can I say? A packed auditorium full of patched-up headbangers and a very well run festival. We were well placed on a line-up that included Steve Grimmett’s Grim Reaper as the festival’s headline band. Once again merch sales were amazing, and copies of ‘King’ both on vinyl and CD were eagerly snatched up.

The last date of our mini-tour on 7 October was back Belgium, at a club in Westerlo called Het Debuut. A great night to finish on – the crowd’s reaction was both welcoming and ferocious, and our merch sales that night were amazing.

After five full-on days of metal 8 October saw us heading for home once more, the guys all hung over from an after party with the club’s owner! Thank you, Europe; here’s to next time! 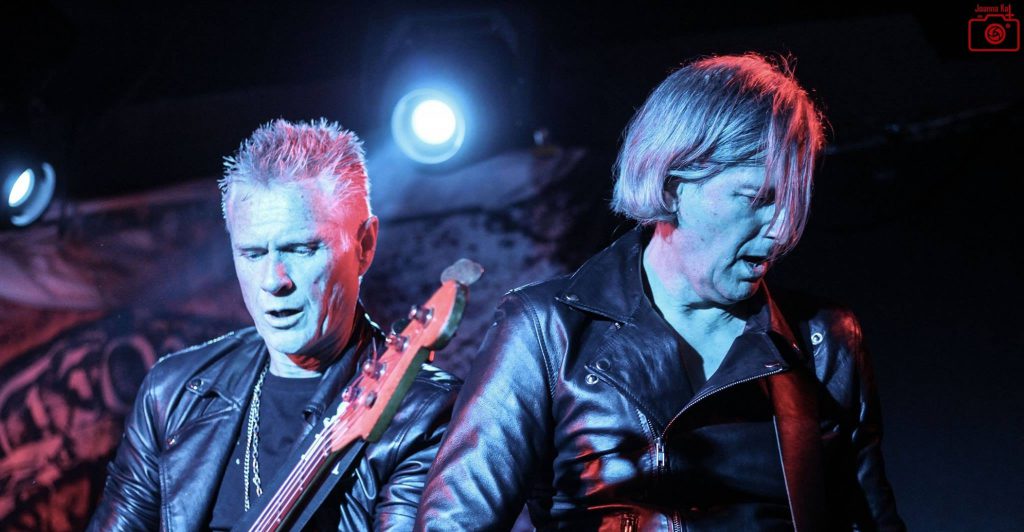 Meanwhile, despite the complications of being a multi-continental band making playing live difficult for MINDWARS, October/November 2018 saw guitarist Mike Alvord, bassist Danny Pizzi and drummer Roby Vitari once again putting together a series of shows in the southwest US. First up was a mid-week gig with DRI at Hollywood’s The Viper Room. This was a special show for Mike since his former band Holy Terror played around a hundred shows with DRI back in the late Eighties, and the gig didn’t disappoint, either. “It was nice to see a large crown in Hollywood on a week night,” says, Mike, “and a packed house thrashed, moshed, and slammed to a Mindwars set which included some of the faster songs from our recent Dissonance Productions release ‘Do Unto Others’ as well as a few select songs from the second record ‘Sworn To Secrecy’.”

Next up came a show over the Hollywood hills in the San Fernando Valley. “Since Mindwars started playing live in 2014, we’ve made a point of playing Skinny’s Lounge in North Hollywood’s Art District. The lead singer of the band Skum Love hosts an all metal night every Wednesday and has been gracious enough to book Mindwars whenever we’re in town. The evening was an intimate night with mostly friends and family as well as with all of Skinny’s regulars. Mindwars mixed in the song ‘Conspiracy’ (from ‘Do Unto Others’) and even worked in a cover of the Metallica classic ‘Motorbreath’, which the crowd loved and sang along with the band. 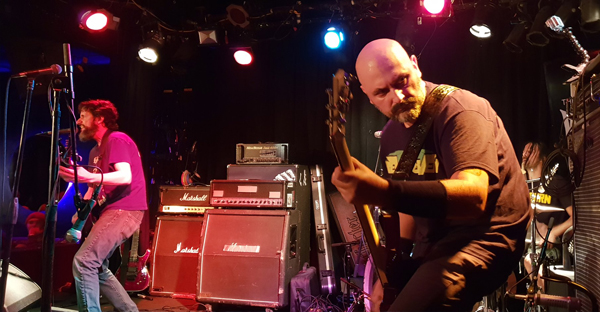 “We then headed to Mesa, Arizona to play a Halloween festival at Club Red, where seven bands were split between two stages in front of several hundred thrashers. The relatively unknown Mindwars tore it up alongside mostly local Arizona bands. The Arizonans loved us, proving thrash metal still lives!”

The band had just one more show on this quick two-week stint, although this was at the legendary Rainbow Bar And Grill on the Sunset Strip. DJ Will from the local metal radio station KNAC was the sound man/DJ for the night and warmed up the crowd with classic Holy Terror songs. The turnout was a little light compared to the other shows, but you wouldn’t know it by the way the band played. Slammed into the upstairs dance floor, Mindwars played forty-five minutes’ worth of hardcore thrash from their most recent two records and sent everyone home reeling but happy.

Mindwars aim to start work on their follow-up to ‘Do Unto Others’ next year.

Desolation Angels’ ‘King’ and Mindwars’ ‘Do Unto Others’ can be bought or streamed by clicking below:

V.O.T.E. ELIXIR! – guitarist Phil Denton on the band’s reformation, and their voyage with the eagle…

ONLY TIME WILL TELL – Desolation Angels’ Robin Brancher tells the story of the Londoners’ ‘lost’ second album, ‘While The Flame Still Burns’