Possibly one of the lesser-known bands in Dissonance Productions’ ‘The Nuclear Blast Recordings’ series, Communic are a Norwegian, progressive metal trio who issued four albums between 2005 and 2011.

The band came together in March 2003. At that time, Oddleif Stensland – who would go on to be Communic’s guitarist and vocalist – was a member of Scariot, alongside future Communic drummer Tor Atle Andersen. As Oddleif explained when I interviewed him back in January 2007, “it may look like we are coming from out of nowhere, but we’ve actually been playing for many years now, trying to get our music out through different bands over the past ten years. Me and bassist Erik Mortensen have played together for over ten years now in bands like Clairvoya and Ingermanland until he also joined Communic.” As for drummer Tor Atle Andersen, “I met him when I joined Scariot, and we released an album with them before we both left that band to work only with Communic.” The fact that Oddleif and Tor had been playing together, and that Erik had played with Oddleif in the past certainly gave the fledgling Communic an advantage as Oddleif knew both his band members and their strengths from the start. “The strange thing is though,” he recalled, “that I played together with Tor for around a year while I was searching for a drummer for what was to become Communic, and at first I didn’t think of him as a potential drummer for this band. Then, at some point, we had a jam together and everything just made sense. You see, I need creative people that can come up with their own ideas within my song sketches, with an identity or signature in their playing style; and the way we worked in Scariot was totally different to the way I like to work. So I guess Tor had an enlightening experience when he got the chance to be creative and start to work more with coming up with his own ideas.” As for the bass player vacancy, “Erik was the first name on the list, because I know that if Erik is playing bass, I don’t need two guitars; and that was the way I wanted it.” 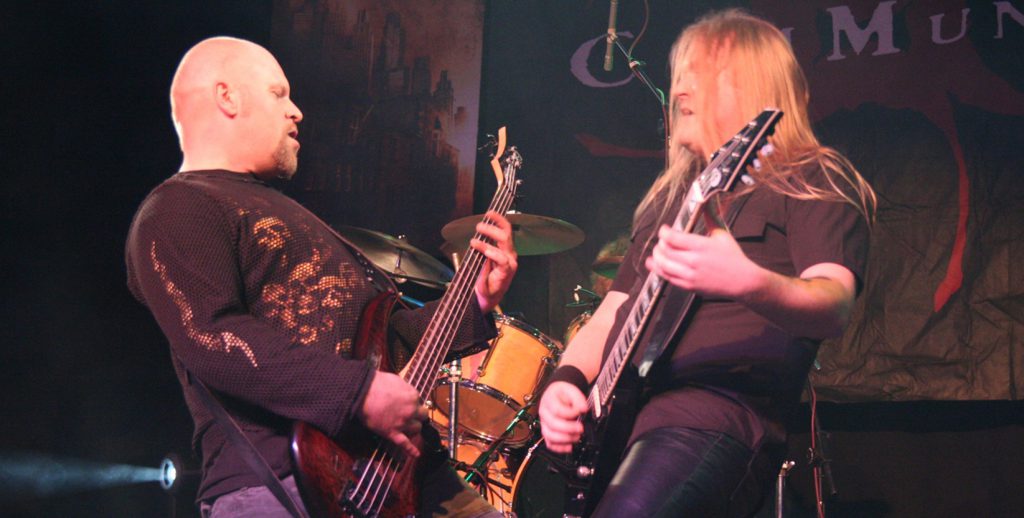 It was April 2004 when Oddleif quit Scariot and threw his weight behind his new baby full-time. By this time, Communic had their first demo in the bag, and in July they signed to Nuclear Blast, although they still kept their feet firmly on the ground. “We have always been realistic about what we are doing,” he said. “At this time we were playing in a band for the fun of it, and that’s still the reason for what we are doing. Of course now it is a bit more serious, but the main focus is to have a good time creating some interesting music, and to see so many people being ecstatic about it is a real cool bonus to it all.”

By September Oddleif, Erik and Tor Atle were recording the first Communic album, ‘Conspiracy In Mind’ at Jacob Hansen’s studio in Denmark. “Everything came together really easily, and it felt like a very natural process. The three songs from the demo – ‘Conspiracy In Mind’, ‘Ocean Bed’ and ‘Dreamweaver’ were of course already ready to go, and two of our early songs were left out, so in the end we had seven songs that we felt showed the potential of the band. I still think that the two songs that we tossed out are actually good enough, but maybe we’ll save them for a bonus track or two in the future…

“This was our first time in a pro studio so I guess we were a bit nervous,” he admitted, “but we were well prepared and everything went as planned. All-in-all, I think the album is a real good debut. Of course, there are a few details that I think we could have done better, but that’s probably how it always will be. The reviews that we got were amazing, everyone praised the album and it got top placing in Rock Hard magazine.”

‘Conspiracy In Mind’ came out in February 2005, and just over a year later, the band were back in the studio working on its follow-up, ‘Waves Of Visual Decay.’ If the band felt any pressure to compete with their debut, it certainly didn’t show in the finished result. Not wishing to change a winning formula, the trio returned to Jacob Hansen’s studio for another three-week stint. Oddleif felt that this time around “we felt more at home in the studio, we knew the producer better and I think that we let ourselves loosen up a bit and try new stuff in the studio without being afraid of making mistakes.” A darker and more complex album, ‘Waves Of Visual Decay’ does, the frontman agreed, “need more listening time to be totally acquainted with, but I still think that it’s easy to listen to from the first play. The thing that I like best with the album is the fact that time flows so easy while listening to it; suddenly it’s over, and one hour has flown by!”

Again, Communic copped some great reviews, and toured widely on the back of it, even making their debut British appearance at the ProgPower UK festival in March 2007. 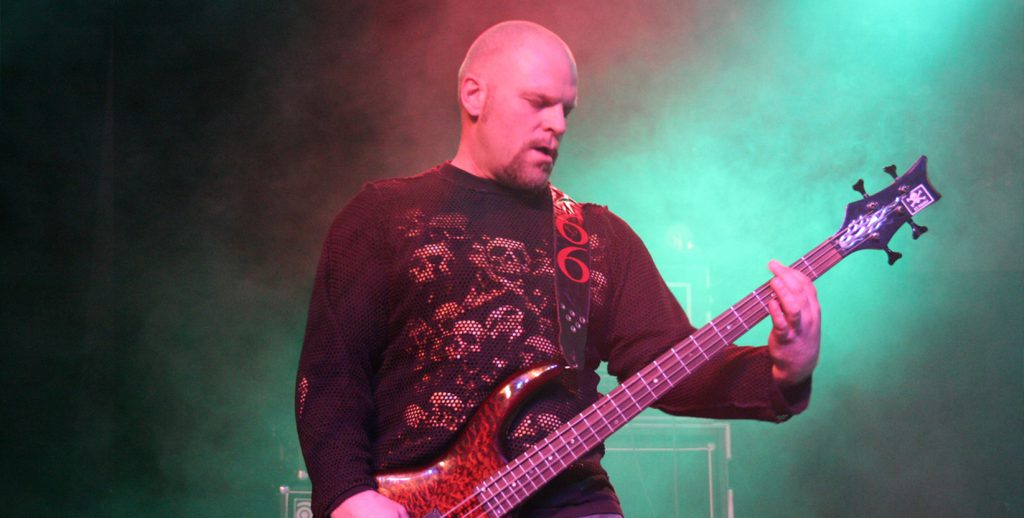 It would be two years before Communic’s next album appeared in the shops. Ecorded in January 2008 (again with Jacob Hansen) Payment Of Existence was released in May 2008. First thoughts were that it was another Communic album with their usual trademarks, but repeated plays revealed a more intricate and comprehensive body of work, extremely progressive in nature and mercilessly unforgiving. The final album in the ‘Nuclear Blast Recordings’ set, ‘The Bottom Deep’ followed in July 2011, after which Communic took a lengthy break, finally re-appearing six years later with ‘Where Echoes Gather’ for AFM Records.

If you’re wondering about the band’s name, “the original idea I had was ‘CommunicHate’,” recalled Oddleif, “but in the end it didn’t make sense and I didn’t actually have anybody to hate! So I decided to narrow it down to Communic as a shortened form of ‘communicate’ or ‘communication’. And, when you think about it, that is actually what we are trying to do with our music, communicate. I also think that it is a catchy and easy to remember name, as well as having a ‘metallic’ ring to it!” And as for the rather bizarrely titled ‘At Dewy Prime’ on their second album, “to cut a long story short, Ingermanland was a project I had running before I started Communic, and the name is bound to the local history of the town I live in as one of the most tragic shipwrecks to take place along the Norwegian coast. The ship went aground near the town 11 September 1842.   ‘Ingermanland’ was a huge ship, three decks, armed with seventy-four cannons, and on its maiden voyage it had 893 people on board. It is a long and thrilling story, what happened to the ‘Ingermanland’ and how the victims of the disaster were rescued by Norwegian sailors and fishermen; the local fishermen, in an intense raging storm, managed to save 503 people before the ship disappeared in the dark, never to be found again. The incident was an inspiration for the lyrics of this project of mine, and besides, the power of the ocean has always fascinated me, so this story was too amazing to be left untouched. I wrote about it on the Ingermanland demo in 2000, and the song ‘At Dewy Prime’ on ‘Waves of Visual Decay’ is a tribute to these events.” 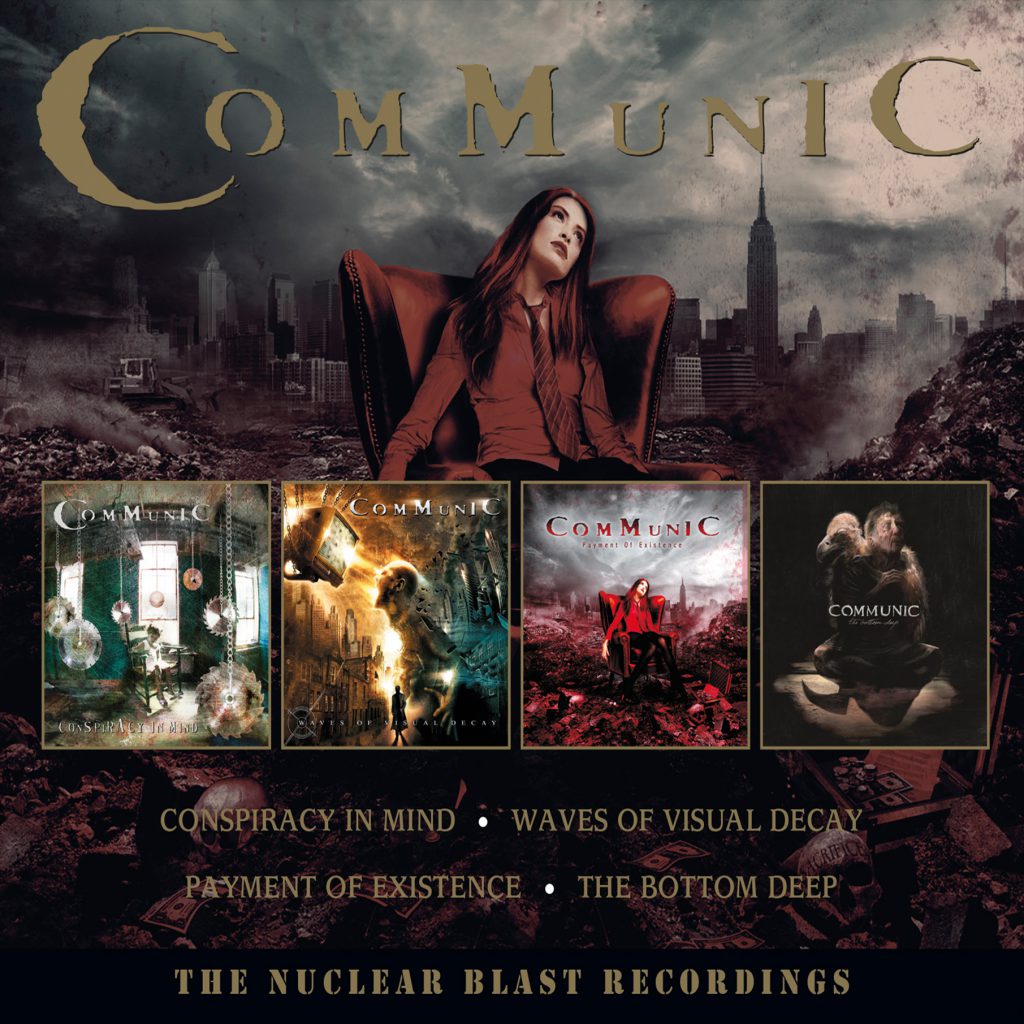