Tank – a hard-as-nails three piece featuring Algy Ward (bass/vocals), and the Brabbs brothers Peter (guitar) and Mark (bass) – first started making a name for themselves at the time of the New Wave Of British Heavy Metal, although were very different from the majority of the acts collected under that umbrella. Even their moniker implied heaviness, and although they weren’t the only band to approach metal with punk crossover appeal – perhaps unsurprising given Algy’s background with The Saints and The Damned –  they were certainly one of the most successful, with four well-received albums released between 1982 and 1984. Hell, their debut album ‘Filth Hounds Of Hades’ broke into the UK Top 30, and it was a track from the third album ‘This Means War’ that gave Echoes its name. With a handful of line-up changes two more studio albums brought Tank into the twenty-first century before the band spilt in two in 2007. Both factions kept the name, although for many people Tank will only ever be synonymous with Algy Ward. In 2013 he released his first solo Tank album ‘Breath Of The Pit’, and this has now been followed in November 2018 by ‘Sturmpanzer’.

With eleven new tracks (well, the final track is just a bit of fun/lunacy) and a cover of Thin Lizzy’s ‘Little Darlin’’ (“it’s just a song I have always wanted to record,” Algy explains) ‘Sturmpanzer’ (like ‘Breath Of The Pit’ before it) is a wholly solo album with Algy handling everything but a handful of backing vocals. It’s quite an achievement, but one born more of necessity than anything else. “Well, it’s true that I don’t trust anybody and by working by myself I don’t have to put up with bullshit and nonsense, and people who say ‘no, I can’t play that’, and people who won’t rehearse. But also it’s the state of my hearing. I’ve got tinnitus and Meniere’s disease, and I can’t bear to be even near a drum kit, and I can’t rehearse or anything else like that. It’s that simple. Tinnitus I’ve had – serious tinnitus – since about 2000. In 2003 I played my last gig with my band. I just thought ‘it’s over; I can’t do this anymore’. And I was falling over, although I didn’t get diagnosed with Meniere’s disease until earlier this year.” 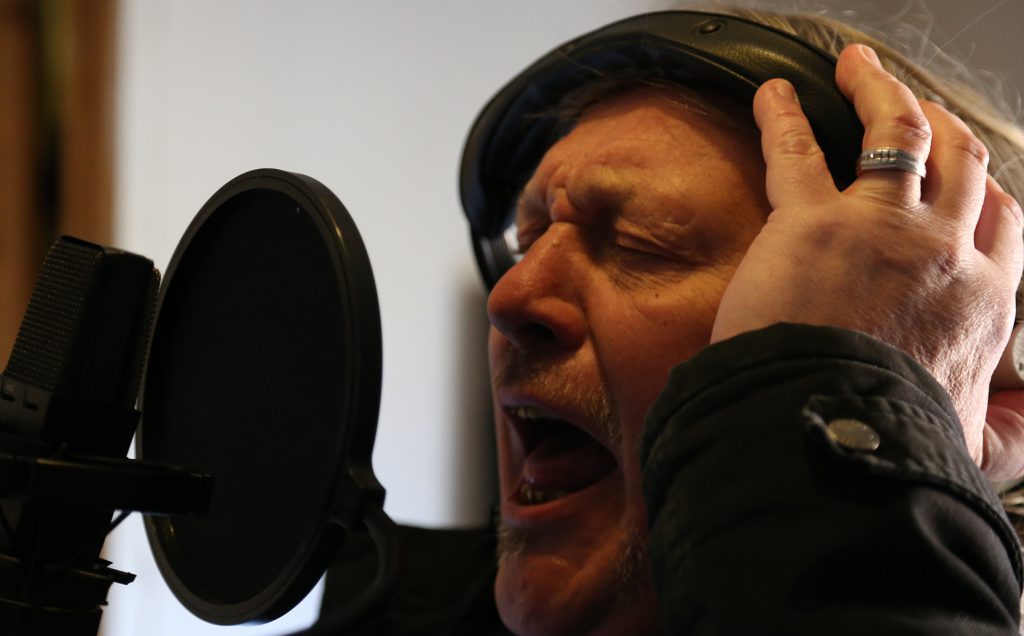 All of which makes it even more an achievement, although Algy downplays it. “I did the last one, and that went OK. I just get on with it.”

‘Sturmpanzer’ was supposed to be the next album after 2002’s ‘Still At War’ – the final ‘band’ album – but things didn’t go as planned. Besides, Algy points out that he writes “in batches, ending up with about thirty or forty songs in a batch. I just write ideas and stuff down all the time. For instance, ‘2000 Miles Away’ I wrote in 1989; not the lyrics, but I had the backing track.” But in answer to a question about how he decides what songs should progress to the next album he simply laughs. “I have no idea! I just want to play,” he continues. “And because I can’t play live any more, recording is all I do. My last show was in Athens, in 2003. That’s what ‘2000 Miles Away’ is about.”

You must miss it, I suggest.

“What, Athens?” he deadpans.

“No,” he replies, “not really; not the way I was treated by people who will remain nameless. I have had some really good times, but that was then and this is now. Great times, in fact, but unfortunately when the bad times outweigh the good times that’s it. It’s time to call it a day.”

So much for the past: looking to the future, with his co-producer and engineer Guy Denning Algy’s currently “remixing ‘Breath Of The Pit’ at the moment, to make it a little more up to date. I suppose it’s more ‘remodelling’ it. And that should come out next year.” And the next album shouldn’t be too far behind. “It’s mostly demoed, and there were some left-over tracks from ‘Sturmpanzer’ as well. I don’t think there’s any point having too many tracks on an album [‘Sturmpanzer’ already clocks in at a highly respectable fifty-six minutes anyway] as it just gets boring. Well, I think so, anyway!”

To buy or stream ‘Sturmpanzer’, click the link below 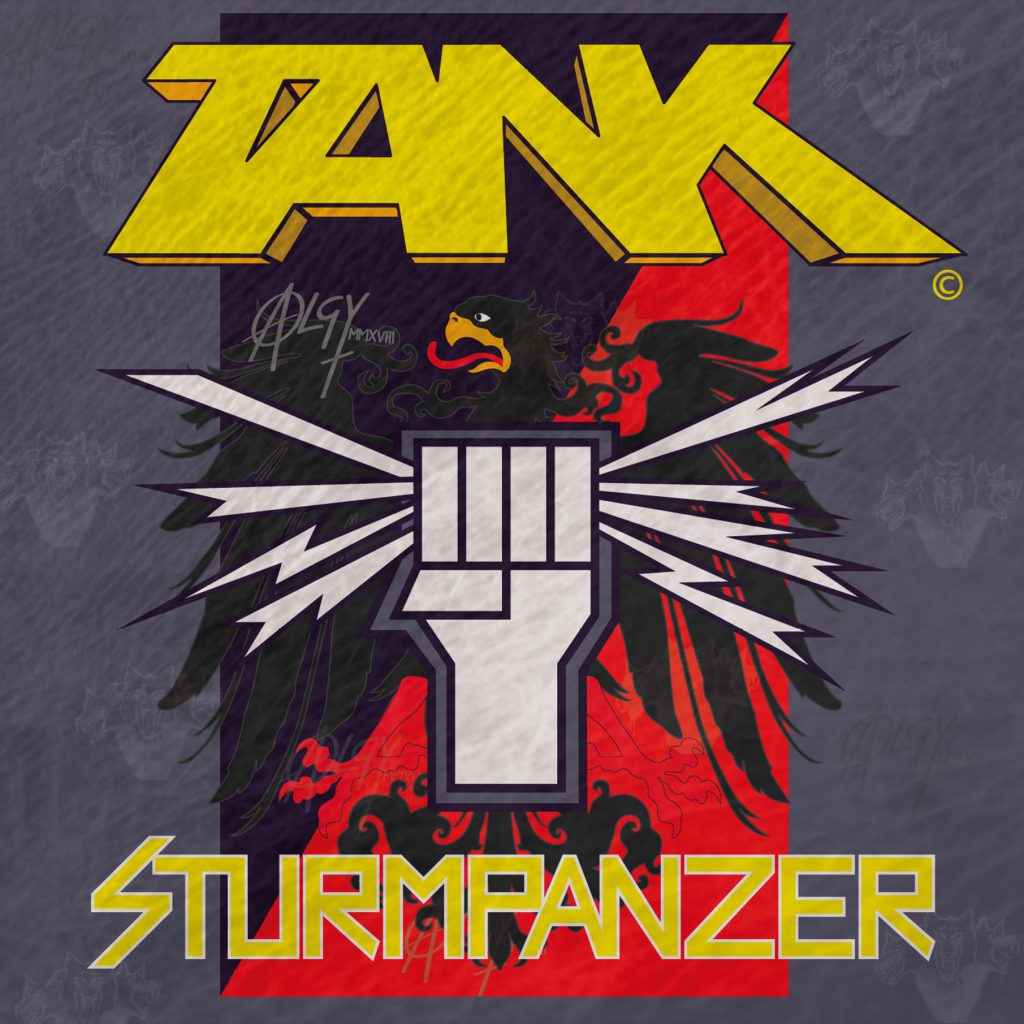 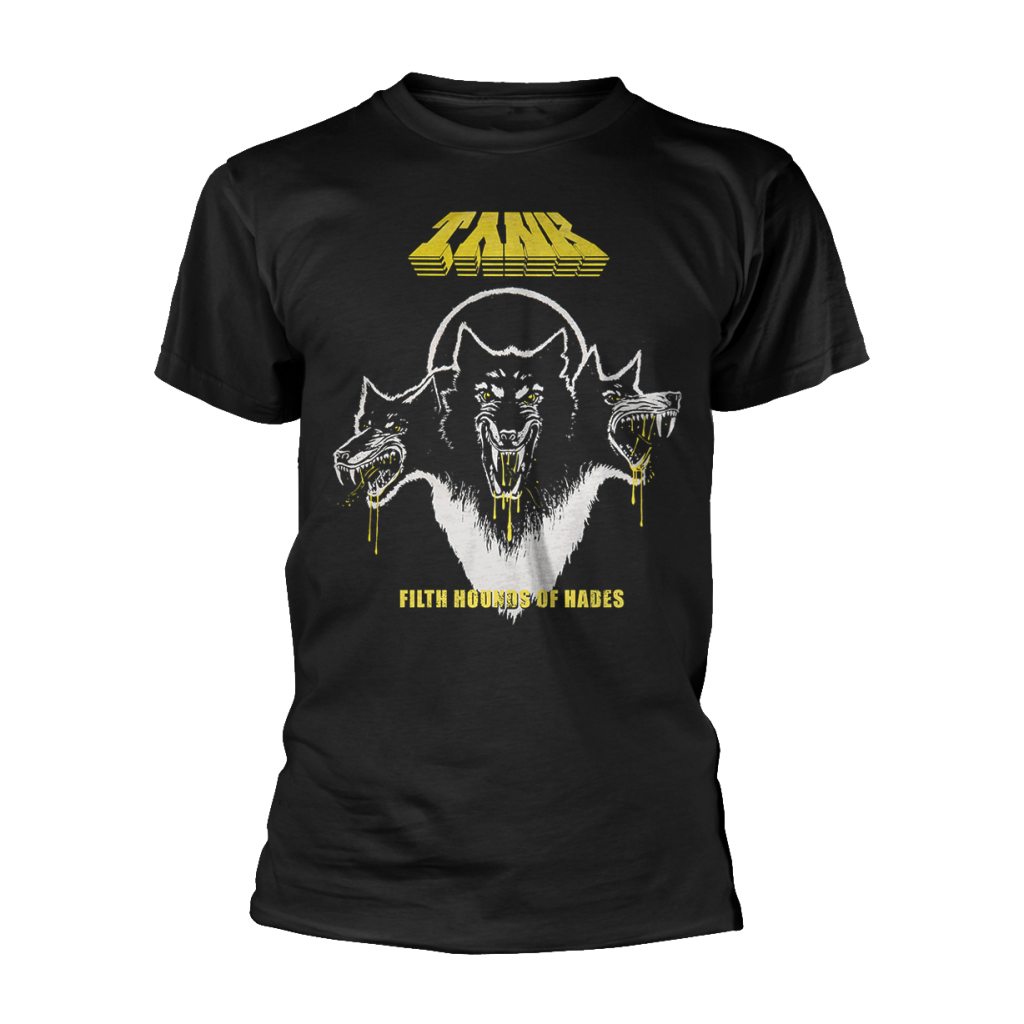 THE TEMPTER – Unreleased project by Alex Wank (Pungent Stench) from 2008 to be released via Dissonance Productions.