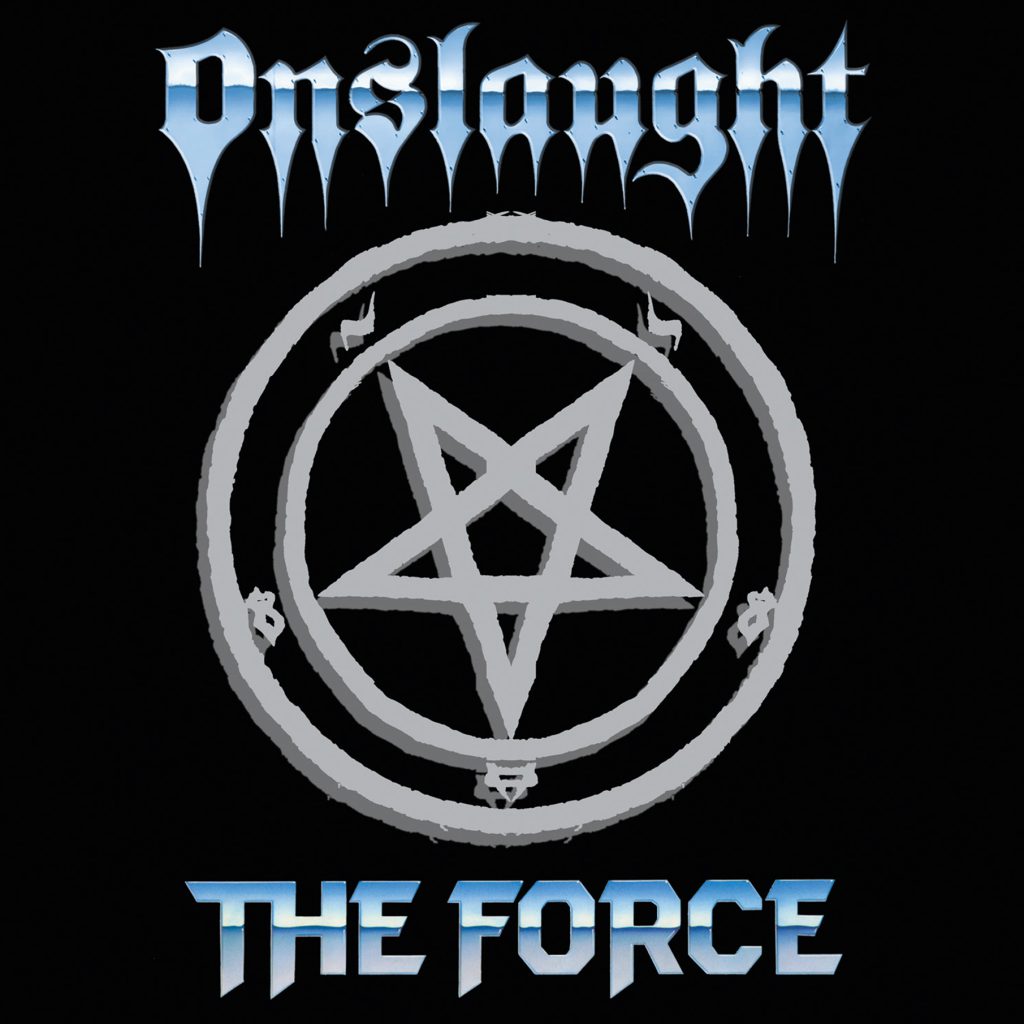 Originally released on Under One Flag/Music For Nations, FLAG 1, May 1986

Although many tried hard, it seemed there was never a place at the top table for any UK thrash bands. The scene was dominated by the Americans, and although the Devil may have the best tunes, it appeared that the States had the best thrash acts.

Aside from Onslaught, that is.

The Bristol-based band seemed to come from nowhere. Their debut album ‘Power From Hell’, released in 1985 received a solid ten-out-of-ten review in Metal Forces: “This four-piece from Bristol have certainly come up with one of the best black/death metal albums of the year so far,” wrote Bernard Doe. “True, the band are not treading any new ground – it’s all been done before – but they execute it so much better than most and possess all the qualities of Slayer, Venom, Exodus and Destruction and can’t fail to impress thrashers in all corners of the globe.”

Within a short space of time Onslaught soon became the UK’s brightest hopes on the thrash scene and they developed such kudos that if you happened to mention to anyone in metal circles that you came from Bristol – as I did – fans would immediately come back with “so you must know Onslaught.”

A year on, and with the addition of Sy Keeler behind the mic stand, the band unveiled ‘The Force’, a growling seven-track monster of an album. The guys had obviously become aware of how Slayer and Metallica approached things and their second album betrayed such influences; check out how on opener ‘Let There Be Death’ they riff away furiously for over two minutes, slowly building tension and then changing pace and direction in time-honoured Metallica fashion before Keeler finally gets a look-in. ‘The Force’ was the first album to be released on Music For Nations’ thrash metal imprint Under One Flag, and on its release it immediately picked up accolade after accolade in the underground press. “This is a genuine 100% stunner of an LP from England’s finest (now possibly Europe’s finest) death merchants,” exclaimed Dave Constable, again in Metal Forces. “The riffs are like thunder – like being pounded into oblivion by a sledgehammer… An analysis of the LP tracks gives us classic upon classic. The peak of which is the unbelievable ‘Flame Of the Antichrist’ which equals ‘Chemical Warfare’ for total death.” The tracklist, the reviewer noted, also included a song called ‘Metal Forces’: “What more could you want?” wrote Constable, tongue firmly in cheek.

Onslaught scored the prestigious support slot to Anthrax’s first UK gig, at London’s Hammersmith Palais in May 1986, and their performance at Eindhoven’s first Open Air festival later that year pretty much confirmed their standing when the crowd surged forward during their set, demolishing the photo pit in their excitement.

Unfortunately, the band were unable to capitalise on their album’s artistic merits and a change of label and line-up instability (with ex-Grim Reaper frontman Steve Grimmett taking over on vocals) meant that they’d lost their momentum and were running to catch up with the thrash pack by the time their third album ‘In Search Of Sanity’ came out in 1989. By 1991 it was all over far too soon. It’s little wonder then that Onslaught’s reformation in the mid-Noughties was, for many, an early highlight of the twenty-first century.

The following Onslaught albums are available on Dissonance. Click on the links below to buy or stream: 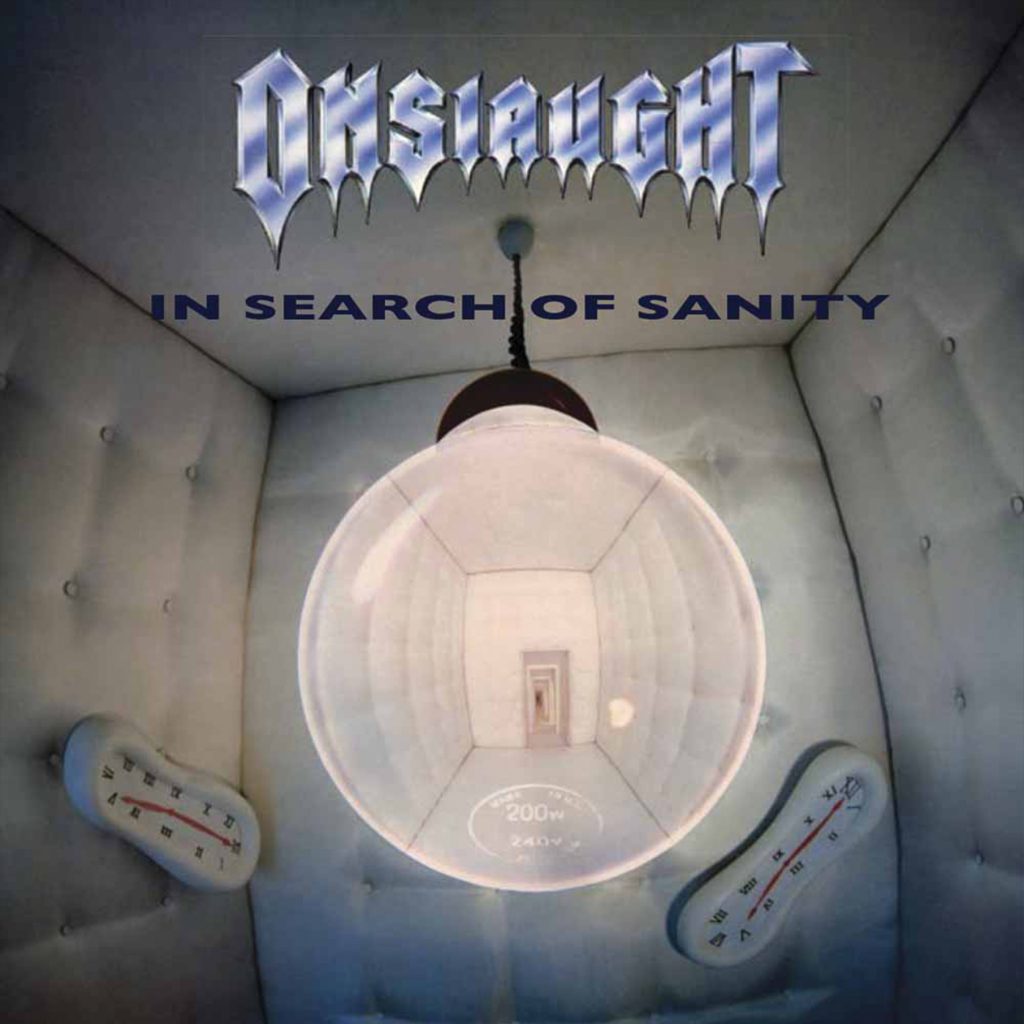 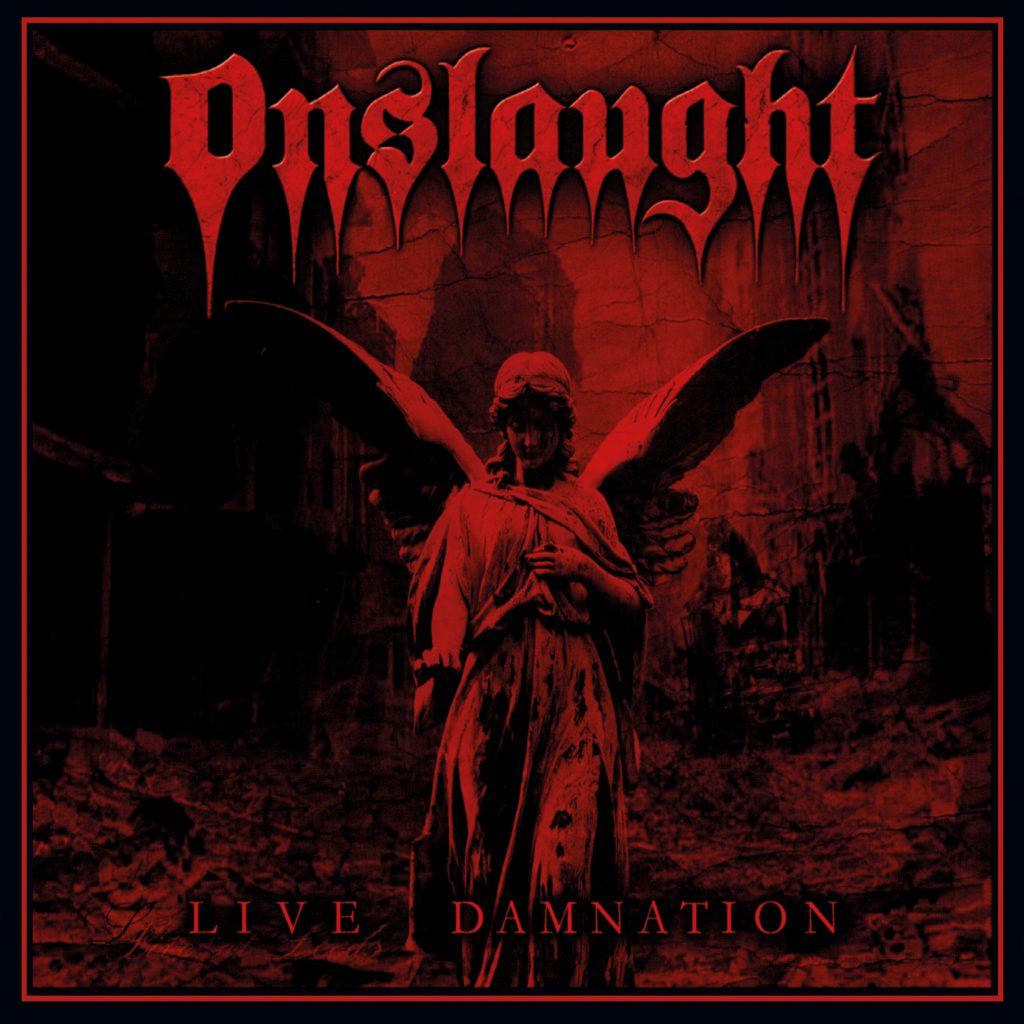 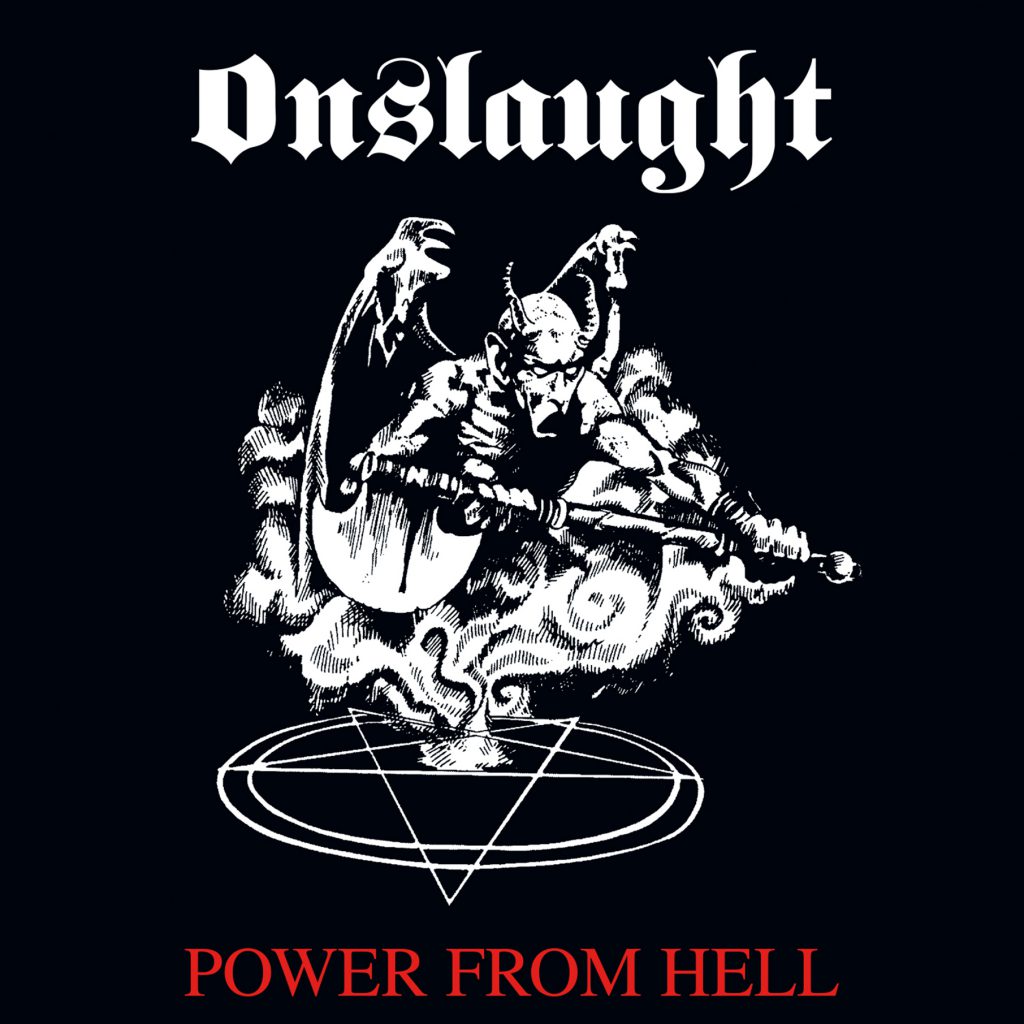