Samurai Recording Studios is Dissonance’s state-of-the-art studio in Wallingford, Oxfordshire, and is overseen by in-house producer (and Grim Reaper frontman) Steve Grimmett, who was more than happy to talk about the studio and his role.

“Samurai is purpose built and everything that’s in here I consider to be the best equipment you can buy,” he ventures. “Everything links in together – for example, the pads that I use for controlling Cubase are made by Steinberg specifically for that purpose. We have a set of M Audio BX8 and a set of Adam A77X monitors – and they are superb – and then an array of all the outboard equipment you would normally see in a studio. We can work old school – set the drums up and record drums, bass, guitar etc as you normally would (and which is the way I normally prefer to work, to be honest) – or you can come in with your drums already done on midi and plug those straight in and away you go. It’s entirely up to the customer, and how they want to work.”

The most recent and the upcoming Grim Reaper albums have been recorded here, and Steve has also worked with a number of locals bands and has Desolation Angels coming in to work on their follow-up to ‘King’ later in the year.  Steve acknowledges that it’s taken a while to set the studio up, and will take just as long to establish its profile, especially, he notes, with “the ability to record a song in your bedroom.” But what you don’t get if you work in your bedroom is the guidance of a producer.

“I love producing. I really love that part of the business,” he admits. “Over the years I’ve learned a lot from a load of different people and I love the crafting, y’know? I love taking the basic idea and then building it into something you’d listen to on vinyl or CD. I love that part of things as much as I like playing live. It’s a 50:50 thing for me. But there is definitely something about the way you can put stuff together in the studio.” 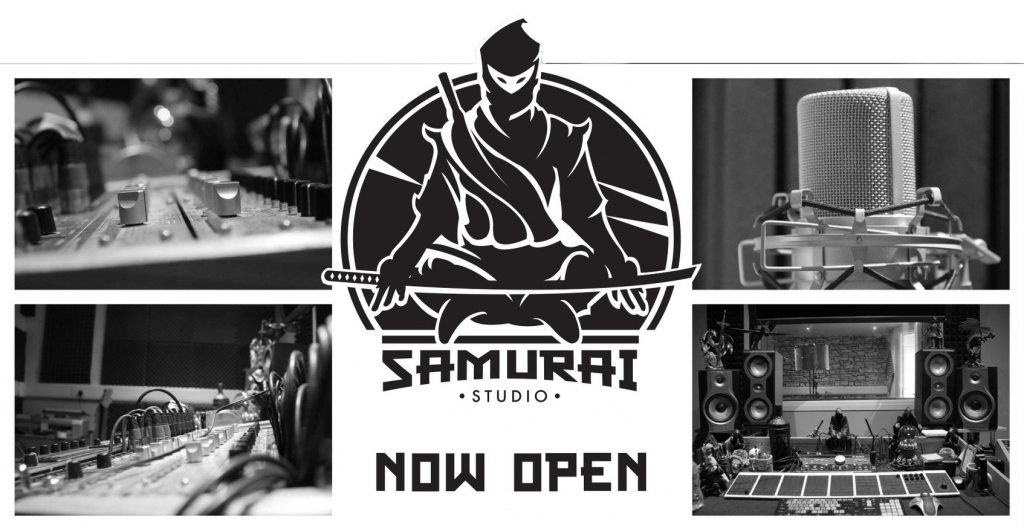 Steve doesn’t consider himself the kind of producer who breaks a band down, or strips the material back to the bare bones. “No,” he shakes his head, “that’s not me. What I do like to do, if at all possible, is listen to their stuff before a band comes into the studio so I can have ideas ready for them. But I won’t strip it all down. I think that puts the band on the back foot to start off with and I don’t like the idea of doing that because then they’re not going to deliver really good performances. And the break-’em-down-and-build-’em-up approach does take a long time. I’ve seen it, I’ve been a part of it, and the breakdown period, where the producer is breaking you down to mould you into what he wants, is time wasted, in my opinion. Studio time is expensive, and I’d rather build on what the band have already got. Rapport is more important to me. I’m not the dictatorial type. I don’t believe that gets you anywhere. It doesn’t get you anywhere in life, so I’m certain it won’t get you anywhere in the studio.”

When asked ‘what makes a well-produced album?’ Steve thinks for a moment or two. “I like clarity. I like to hear everything, all in one hit, so I can hear guitars, I can hear snare and bass drums… They haven’t got to be poking out, but they’ve got to be at such a frequency that you can hear it coming through everything else and it’s not muddied. I tell you what, do you know Chris Daughtry? He was on American Idol, I think it was, and he didn’t win but he came fourth, and he came out with this album which was sonically beautiful to listen to – the snare cracking through, the bass drum coming through, and everything else crafted in such a way that it’s really easy to listen to. That’s one I’d name as a well-produced album. Another person who puts out well-produced albums is Elton John. He’s the reason I sing. And his albums are really well put together.

“I think the idea of producing has moved away from what I would class as producing,” he continues. “Producing is getting the best out of a musician. That’s what producing is about. The rest of it’s down to mixing. Sonically, what you hear is mixing, while the performance is down to the producer. And that’s an art. Max Norman, who I learned a lot from, was an engineer before he became a producer. I think when we used him for Grim Reaper he was still in the early stages of his career as a producer, but he put us all through it. That was a breakdown job. He said to me ‘you’re singing out of pitch’ and I’m like ‘what?’ But he was right, of course, and he did put me through the mill. And he did the same to [guitarist] Nick Bowcott too. I remember Nick coming to me and saying ‘I can’t do this; he’s ruining all our songs!’ I said, Nick, just go with it, just go with the flow’ and so he did and it turned him into a better guitarist. It made him think about other things, and different ways of doing stuff, and it did the same for me as well. I remember when we were doing ‘Rock Me ’Till I Die’ Max said ‘I want you to do these three notes, and if you can do them you can have the rest of the day off. But they’ve got to be in tune though.’ Build me up, knock me down! So I did the three notes, and the bastard still didn’t give me the rest of the day off,” he laughs at the memory. “But that guy taught me an awful lot about me, and my singing. I went back home and spent six weeks at a piano, pitching. And I think it’s important that bands take away things like that from recording sessions.”

Grim Reaper’s first album ‘See You In Hell’ came out in 1983, and Steve’s seen a lot of changes since then. “It’s easier to record things now,” he acknowledges, “and a lot less time-consuming. If you were using twenty-four track, two inch tape, and if you did your part but then had to rewind to do it again, that was time wasted. If it was forty-eight track and you’ve got two machines linked together, that took even longer. Now, you just press a button,” he jabs his finger on the console, “and you’re back there. It’s instant. If you were doing an album over six weeks I’d say it would save you a good couple of days. And you don’t have to change tape, you don’t have to clean the heads and all the rest of that sort of stuff, so you can move faster while you’re recording and never get tape fade or any of that rubbish. I do prefer this way of working because it’s so much faster, and there are programs out there – and I have them – to make it sound like you’re recording on tape anyway.”

I wondered how Steve avoided doing the Def Leppards on someone and over-cooking things. “You’ve got to keep it real,” he answers, “which is why I like to listen to a band before they come in. Send me a CD; or have you got a gig coming up so I can come and see you play live? I don’t really want a band to do anything in the studio that they can’t reproduce live. So if it’s a two-guitar band, it’s just two guitars, and then any embellishments they would do onstage. Over-cooking stuff? No, I’m not into that.”

Steve’s guidance for a successful session:

You can get in touch with Samurai via the Facebook page Samurai Recording Studios, by emailing samurairecordingstudios@gmail.com or calling 07525 137977

THE METAL QUESTIONNAIRE – a special double helping from Acid Reign