If there’s one band that could never be accused of standing still, it’s Therion. Dissonance’s ‘The Nuclear Blast Recordings’ six CD set (which features the band’s first four albums – ‘Of Darkness’, ‘Beyond Sanctorum’,  ‘Symphony Masses: Ho Drakon Ho Megas’ and ‘Lepaca Kliffoth’ –  as well as the ‘Live In Midgard’ double) ably shows how dramatically the band changed over a short period of time. Starting with their first, rather brutal and unsophisticated release ‘Of Darkness’, in small steps Christofer Johnsson edged his band ever forward, pushing boundaries further and further with each successive release.

“It’s in the nature of the band to change,” he told me when I interviewed him back in 2007. “It’s a natural thing. We always did what we wanted and then looking back you say, ‘oh; we’ve changed quite a bit!’ but there’s never a plan behind it. That’s why we’re boring interviewees! If somebody says, ‘oh, what’s the plan for the next record?’ [he shrugs his shoulders], ‘don’t know; we’ll tell you when we get there.’ It’s kind of like asking me about next year’s weather. We are a very spontaneous band. There is never any thought behind it. We feel like doing this at the moment and that’s why we’re doing it; but I have no idea where we are going to record next time, or who’s going to produce it or anything like that. People tend to think it’s more difficult but I actually think it’s easier because if you have one style that you’re shaped into – like AC/DC for example – they do all right and write some great songs with those three chords but after a couple of albums it’s hard to do something new. We can always do something new; if we get fed up in one style, then we just do something else.”

Therion began life in 1987 as Blitzkrieg, although in Johnsson’s words “that was just Therion under a different name. I used to play the bass and do the vocals back then though. The other guys were the drummer Oskar Foss and the guitarist Peter Hansson. I was fifteen when I formed that band and had only played the bass for about three months. We sounded pretty noisy, influenced by early Metallica and Slayer (though we actually sounded like we also had Venom and Motörhead among the influences). Blitzkrieg split up for a few months and meanwhile I swapped the bass for a guitar. When we got together again we decided to play death metal instead and picked a new name Megatherion. We only had this name for some months before we shortened it to Therion.

“At the time we recorded ‘Of Darkness’ and ‘Beyond Sanctorum’ we had very humble goals, like getting the albums properly distributed and doing some shows abroad. Musically I have always been extremely open-minded, but I could never have believed back then that I would one day give up singing for the sake of having operatic choirs, though the idea of using such as an element was actually not very far away: I was very inspired by Celtic Frost and Uli Jon Roth and both of them used sopranos. And on ‘Beyond Sanctorum’ we used a female singer as well as a clean male voice on two of the songs, so the whole idea of guest singers was obviously already established in my mind.”

By the time of their third album ‘Symphony Masses: Ho Drakon Ho Megas’ the band’s line-up had changed, giving Johnsson the freedom “to experiment with ideas that the old members had thought were too odd. The old members had contributed enormously to the previous Therion sound, but on the other hand they were too afraid to totally let go of boundaries, so they had been holding me back a bit from a creative point of view. This had nothing to do with them leaving the band though, that was due to them having different priorities and goals; no-one was fired. So ‘Symphony Masses…’ had a lot of melody, experiments with my vocals, more keyboards, more Persian influences, some Eighties’ classic heavy metal riffing, some industrial stuff, etc. We also started to sing songs in languages other than English, which was, to say the least, unusual. All in all, we did tons of things that were considered unthinkable for a death metal band back then. In many aspects this is the most experimental album Therion ever did and we got plenty of reviews saying pretty much ‘what the fuck is this weird stuff?’ It’s funny: today most of these ingredients are things that most metal fans take for granted with death metal bands. But our label back then Megarock realised that as we progressed we would need resources they didn’t have, and when Nuclear Blast made an offer for Therion they recommended we sign with them and didn’t put any financial claim on us.”

Therion’s fourth album ‘Lepaca Kliffoth’, released in 1995, was their first for their new label. After that, Johnson recalls that he was “fed up after nine years of hard strife to always be under stress in the studio due to lack of money, writing songs that I considered my best ones and not being able to record them due to budgetary reasons. I was tired of talking of tours that in nine-out-of-ten cases never resulted in anything and I also felt we didn’t receive the attention we deserved on the label. So I thought of what I had achieved so far and what I still missed doing. Most important to me was to be able to record one final album consisting of those songs I had written, but couldn’t record. So I approached label boss Markus Steiger and told him I felt Therion belonged to some kind of B-team on the label priority-wise and that I was fed up and didn’t want to make another record based around my vocals and focused on guitars. Nuclear Blast had invested in us much more than they had got out of Therion (partly due to us being a weird band and hard to sell!), so there were financial reasons why the label didn’t want Therion to split up. But more importantly I think it had to do with Markus being a man with vision and a true desire to let bands create something unique. I explained to him what I would like to do and he thought it sounded good, so he said ‘go for it! Ignore the budget in the contract and just send the bill after you’ve recorded.’ Well, that’s more or less what he said!” laughs Johnsson. “But he didn’t really know what I was up to musically and he certainly didn’t have any imagination of what it actually would cost, although in the end he was rewarded when Therion starting to sell a lot of albums. But I would have split the band up rather than carry on in the same way. Therion was always the name of realising my musical dreams, and it would be to spit in my own face to do something I didn’t believe in just for the sake of going on and having something to do under that name. Besides, at that time it didn’t matter much anyway, as I expected to split up the band after the recording because I expected negative criticism for the album and the lowest sales ever for both the band and the label.”

The resulting album, ‘Theli’ though was a massive success. It was the breakthrough the band needed, and the reviews were overwhelmingly good. “I thought as the earlier albums had been so hard to sell, this would be even harder,” laughs Johnsson. “Now I think those early albums didn’t sell because back then we were too far ahead of our time, and thus considered odd and weird. Just by pure luck, the world was ready for us this time round.” 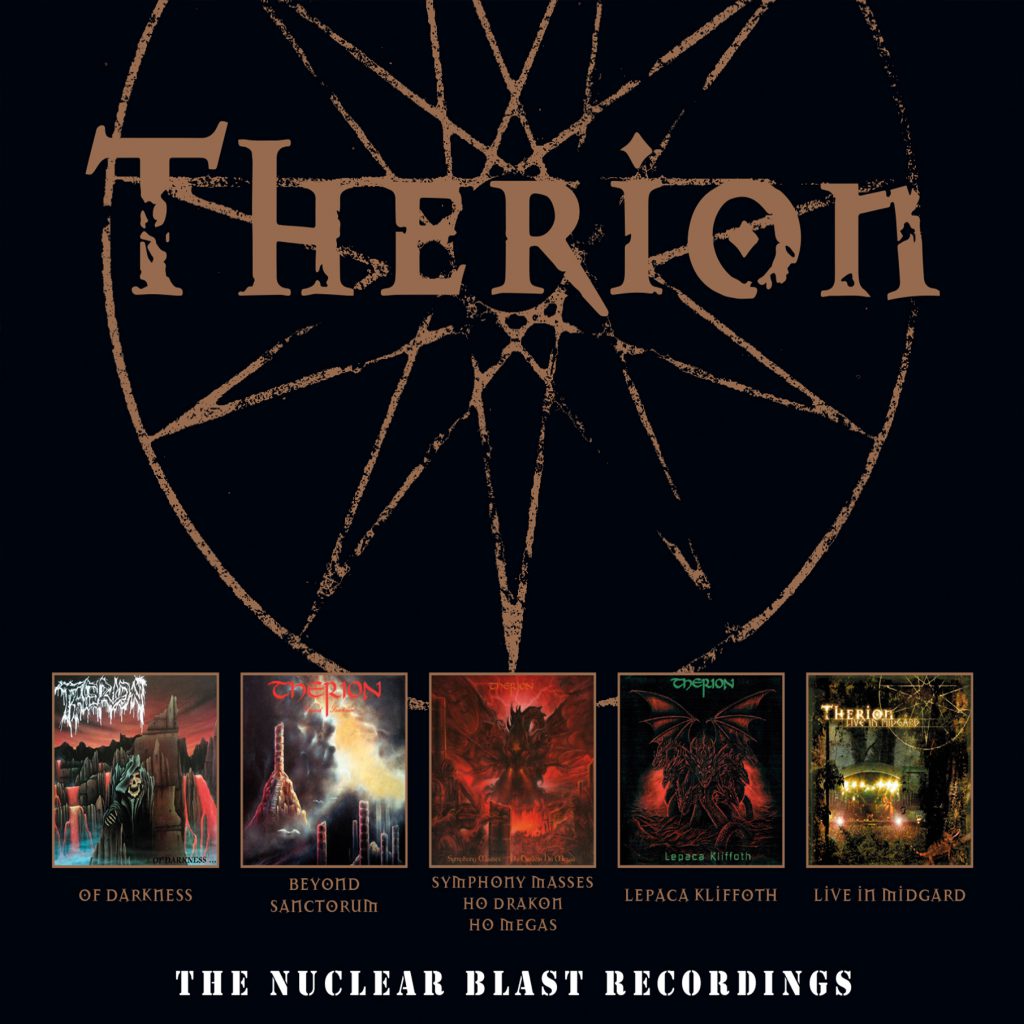 PRIDE BEFORE A FALL – Steve Grimmett talks about the rise and fall of Lionsheart, the melodic rock band he fronted in the Nineties.