Although at one stage it looked likely that Satan’s Empire frontman Derek Lyon would be forced to leave the band because of ill-health, it’s great to be able to report that he’s back in the saddle once more. The background came when he was diagnosed with heart problems, as guitarist Sandy McRitchie recalls. “Derek told us he was going to leave the band of his own volition as over the last few months he had been having issues with a serious heart condition. It got worse about early December, which is when he told us his decision to leave as he was unable to do any physical effort on any level. We were absolutely gutted. Where do we get another Emperor from? Anyway, he was in and out of hospitals (Peterborough City Hospital and the new Papworth Heart Hospital near Cambridge), then home for a few days then back in again and it all came to a point on 31 January when he underwent surgery and an extensive rebuild of his heart system.”

The surgeons were very pleased with the way things went, and in the meantime the rest of the band began to think about finding a replacement. “He is well within himself, but still wants us to look out for a new vocalist,” Sandy said at the time. Confronted with a no-win situation, as replacing the frontman would be a mammoth task, the band started booking auditions. “The problem was that we were finding it difficult to get a vocalist with the right kind of credentials to follow Derek. In the meantime, Derek was slowly getting his life back, and was expressing in interest in how things were going, even suggesting that he pop in to a rehearsal to see us all.” You can probably see where this is going now…

“So,” Sandy continues, “on 8 March the band finally stood together again and ran through some old songs and some new songs which everyone really enjoyed. Derek felt he was fit enough to return, and, ‘Rising’ from his troubles he’s decided to re-join. ‘Hail The Empire’ once more!”

Sandy’s dodgy puns aside, it’s great to have Derek ‘back in the band’ once more, as Quartz once said. Satan’s Empire’s new album ‘Hail the Emperor’ is out now. 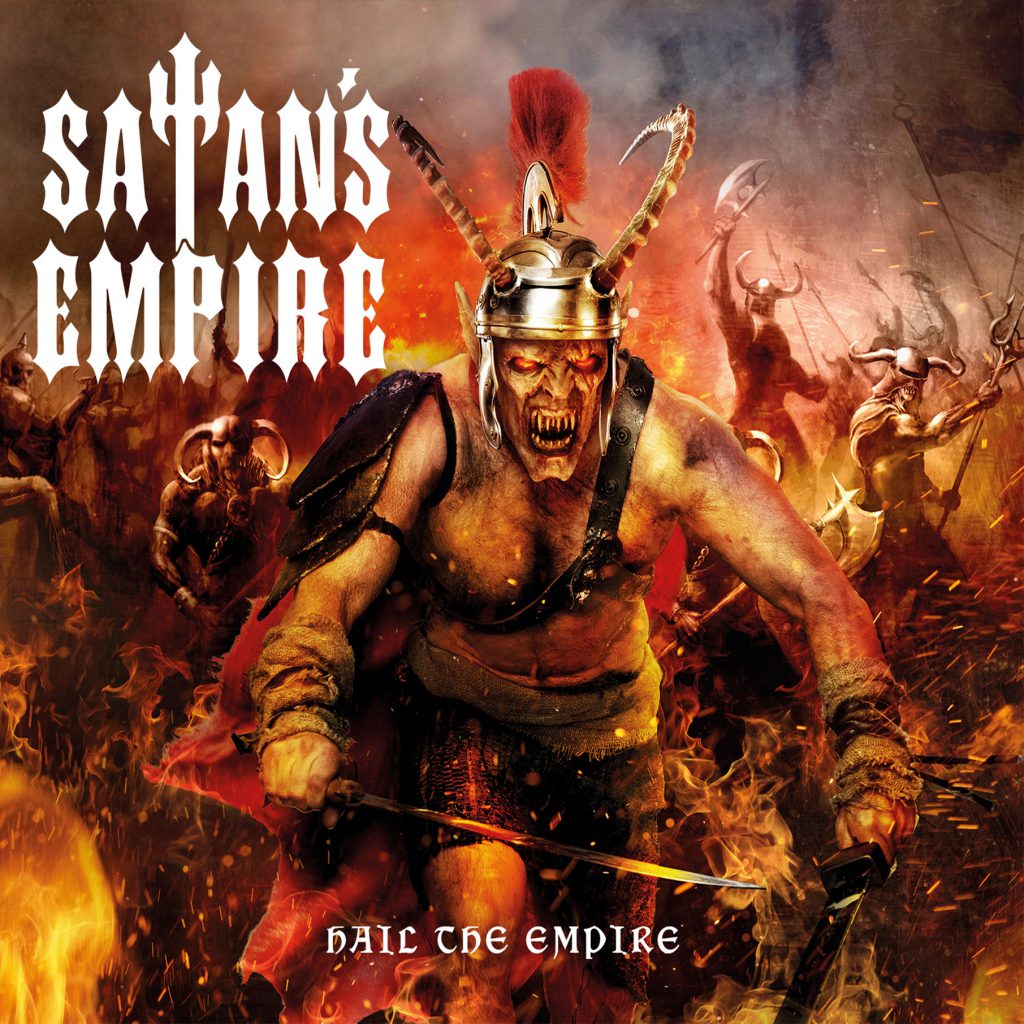