Formed in the North East of England in 1985, Holosade hit the metal headlines with their 1988 thrash classic ‘Hell House’, an album which, in his book ‘Contract In Blood’, UK thrash guru Ian Glasper describes as “genuinely an unsung classic of the genre, mixing the energy of thrash with the melodies of Iron Maiden…” Not a bad testimony for an album put to tape by a line-up which, in vocalist Phillip De Sade’s recollection, “had only been together for about a year”: Holosade, it seems, did feature a fair few comings and goings, line-up wise, but with their theatrics and ferocious riffs were always a force to be reckoned with.

After recording a couple of demos, Holosade’s first vinyl appearance came on Ebony Records’ 1986 fourteen-band compilation ‘The Metal Collection Vol.1’ which featured ‘Cries In The Night’, a song lifted from their first demo and one which was written “when we had a very good guitarist who unfortunately wrote lyrics about splitting up with girlfriends,” observes Phill. (Lyrically, this wouldn’t represent the image that Holosade would go on to present.) “The album was geared to be a stepping stone venture for publicity for the bands, and I believe the track got played on the BBC Radio’s The Friday Rock Show.” The following year saw the release of ‘Battleaxe’, a four-band compilation seven-incher issued by Other Records: Holosade’s ‘Love It To Death’ was the opening track on the EP. “With the ‘Battleaxe’ ‘Love it To Death’ tune we were doing the ‘sending out demo package’ routine with the track in 1987 and Other Records asked if we’d like to put it on an EP, so we did. I remember we contributed some funds towards the costs, but it was our first like ‘single’.”

The band’s debut album, ‘Hell House’ was recorded at Blue Strike Studios in Harrogate in January 1988, and released by Powerstation Records later that year. The album actually started life as an EP and then grew into a much larger beast. “At the time it was only going to be a four-track EP,” Phill recalls. “That’s what the record company wanted. But we had an album’s worth of material written and didn’t know what to put on the EP, so we were in the studio laying music down and the director of the record company realised how confident and rehearsed we were, and asked if we could do an album in the same time as was allocated to do the EP. We just said yes; we knew we had some great stuff, and the album was recorded, mixed and mastered in just six days. We were all very happy with what we’d achieved with ‘Hell House’ – it’s a great album for how long we had to do it, with hardly any overdubs and some happy memories. And it was different from most of the stuff around at the time.” In case you’re wondering, by the way, the crashing at the end of ‘Welcome To The Hell House’ is “about ten panes of glass getting hit by hammer by me,” says Phill, “over a dustbin microphoned up!

“We were a bit naïve though,” he continues, when talking about signing to Powerstation. “We had a similar offer from Other Records, but Powerstation were based in York so it was closer to us in distance if anything had to get sorted. And they offered all sorts, saying that they would get us a major record deal. The same people had a management company and had got [former Powerstation act] Little Angels signed to Polydor.” Shortly after the album came out though, things began to unravel. “Michael [Lee] the drummer was poached for Little Angels, then Mac [Iain MacDonald] the bassist was poached for Acid Reign. What more can I say…” Things got worse – guitarist Simon Jones (aka Jack Hammer) left for Sabbat, and then Powerstation folded. “The director got a position at Polydor, the record company was no more, and we got dropped.” The band continued to demo material, with Paul Trotter coming in on guitar. “Paul came into the band late in 1988 after Simon ‘Jack Hammer’ left to join Andy Sneap and Co in Sabbat… We recorded the ‘Blue Strike’ demo which was ‘Masquerade’, ‘The Return’ and ‘Menace Unseen’, and I believe that was in 1989.” There was a further demo, featuring ‘Masquerade’ (again), ‘I Am The One’ and ‘Eastern Promise’ but this came in 1990 by which time Phill had left his own band. Inevitably, Holosade spluttered to a halt not long afterwards.

However, you can’t keep a good band down, and they reformed in 1994. Phill, guitarists Gary Hole and Jack Hammer and drummer Andy Barker, aided and abetted by Steve Wright on bass and with ex-Tyger Of Pan Tang and now successful producer Fred Purser adding keyboards, Holosade recorded a clutch of tracks which would eventually be made available on CD on Divebomb Records under the title ‘A Circle Of Silent Screams’ in October 2015. “The tracks were demos recorded for posterity for myself and Gary the founder guitarist, really. These were songs written over the years with different members, and we wanted them down for ourselves to remember. We then thought, ‘Hey, let’s play some gigs…’ We did a few, then went back into hibernation, came out and did a gig or two, and then went back in hiding again.”

The impetus to kick-start Holosade once more came in 2017. “Paul [Trotter] and I did a spin-off album under the moniker of Armortura, a fine opus of similar style and passion to Holosade. We knew that, after getting a band together again, using a brand new, unheard name was going to be a challenge. We did try, but seemingly kept hitting a brick wall. So, as people were saying ‘Why don’t you just call yourselves Holosade?’ we did, and here we are once more.”

So, with a line-up which features, alongside Phill and guitarist Paul, fellow guitarist Adam Ironside, bassist Huw Hopkins and drummer Adam Sayers, all veterans of the likes of Avenger, Blitzkrieg and Warrior, Holosade now have, in Phill’s estimation, “at least fifteen new tracks waiting to be set down for a new album, and so hopefully within the next few months we should have something ready to present.” In the meantime, Dissonance Productions will be re-issuing ‘Hell House’ which is scheduled for release in April, and to get a feel for Holosade 2020, you can check out their lyric video for ‘Rise’ here:

Thirty years on, Phill is still very proud of ‘Hell House’. “I think it’s a good piece of work. Some of the tunes had already been written, and were then rearranged with some having different lyrics added, while some of the stuff was done on the spur of the moment, not rehearsed, and it still makes me smile when I hear it. I do think it’s stood the test of time and so do other people. And the band were all into Iron Maiden back then and it reflects this (without the production), and Paul and I still listen to Maiden to this day.”

To pre-order ‘Hell House’, please click the link below 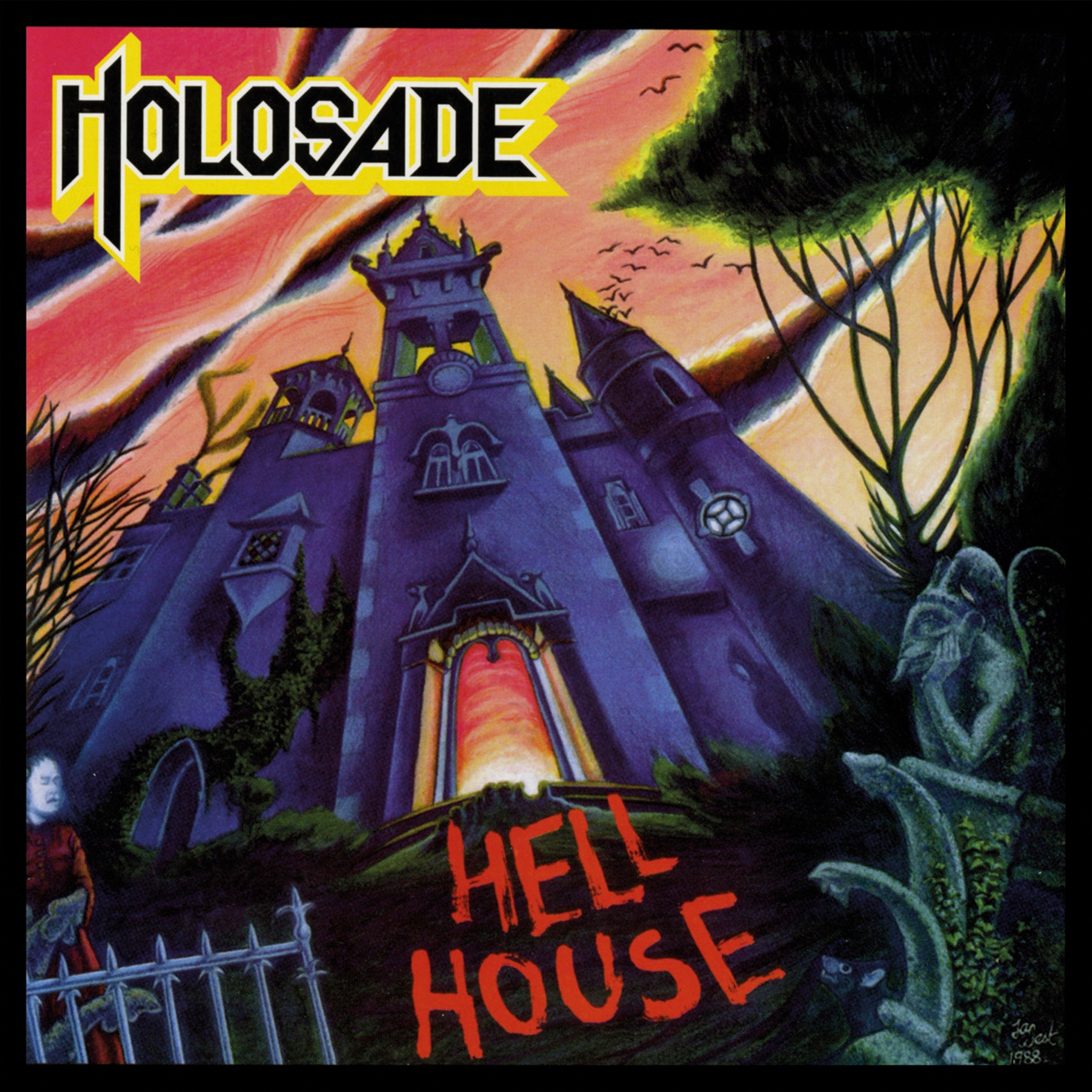