Following on from their 2018 debut album ‘No Quarter’, British metallers Toledo Steel have pulled together their early recordings on a new album entitled ‘The First Strike Of Steel’, set for release on 15 May. ‘The First Strike Of Steel’ features the three songs from their original August 2013 self-titled EP, plus the ‘Zero Hour’ six-track mini-album which followed in 2015. “It’s great to have both EPs packaged up as one with new artwork for sure, and hopefully now those tracks will reach some new ears as a result,” is how frontman Rich Rutter sees it. “Initially,” he adds, “we collectively came up with a different title, ‘The Forging of Steel’. But even though the name fits, we felt it was maybe a little obvious and similar titled releases from other bands no doubt exist somewhere. I suggested ‘The First Strike of Steel’ shortly after and we were all happy to go with that. It packs a punch, and it sounds cool right?” he asks, rhetorically. “That kind of title would catch my eye, and I’d no doubt check it out.”

Toledo Steel had been in existence for roughly two years when they recorded that first EP, and I wondered if Rich could remember how things were in the band at that time.

“I’d say we were just so eager to get the ball rolling back then that we were kind of on autopilot really. We were figuring it out as we went but the goal to establish ourselves was ever-present. We didn’t want to only play back and forth between the local venues. We were determined to do more and we didn’t want to fall into the trap of only being a local band.”

‘Toledo Steel’ is short, sharp and to the point – three tracks, done ‘n’ dusted in thirteen-and-a-half minutes – which seemed to sum the band up at that time. Was that the intention? “Yeah, that was definitely the intention, even if we didn’t consciously realise it at the time. I think we probably would’ve struggled to write anything overly-ambitious and it may have come off sounding a bit forced back then. There were a few other rough demos for other potential tracks that we were working on at the time but those three songs [‘Alcatraz’, ‘Black Widow’ and ‘Flames Arise’] were the ones that just seemed to come together most naturally and they worked well in the rehearsal room.

“For the most part it was fun,” he says, talking about the actual sessions, “but also stressful at times… It was the first time any of us had recorded in a proper studio environment. I remember prior to my first session thinking ‘How hard can it be?’ I’ve sung through these tracks countless times before with the band. I was so wrong,” he laughs. “Having someone with a more experienced ear as an engineer meant I had to work harder than I’d anticipated to capture the best performance I could at the time. We all had our moments of frustration I think but it’s not surprising considering we were just getting started. Overall, though, it was great, and it was certainly exciting to hear it all come together.”

Rich admits that the band were “happy with the results at the time… We probably all had our own idea of how the finished product would sound and I don’t think any of us were unrealistic with what we could achieve. Everything can always be better, but you’ve got to draw the line somewhere and that’s the best we could do back then. It’s a rough-round-the-edges release, far from perfect, but one with plenty of energy, belief and enthusiasm.”

‘Zero Hour’ came about eighteen months later – it was actually released in February 2015. “We’d improved a fair amount by then, and I’d say a lot of that came from being together as a solid unit for longer and having more live shows under our belts. Of the two, I prefer ‘Zero Hour’ by a long shot but that’s not to say I’m not proud of the first EP either. ‘Zero Hour’ is just a more focused effort and the overall mix is considerably better too. Each of our individual performances is a step up as well, I’d say, and it’s clear to my ear that we were a little more comfortable in the studio by this time. It’s a logical progression and that’s the mindset we try to have on each release. We don’t want to keep rehashing the same stuff. Each recording will retain the Toledo Steel sound but we also want to try new things as much as we can within the framework of heavy metal and without compromising our musical identity.”

This time around the band doubled the number of tracks on offer. “Yeah, the runtime is about 30 minutes, I believe. Funnily enough, ‘Speed Killer’ was the first song we wrote and had been playing since our first gig but for some reason we didn’t opt to record it on the first EP. As far as I can remember now, there weren’t too many other song ideas that we were working on alongside the tracks that made it onto ‘Zero Hour’. At most there were some riff ideas and lyrics and/or melody ideas but they didn’t gel so we abandoned them fairly quickly. Each track that we ended up recording in the studio had a fairly clear direction at the early demo stage. We could hear that with some refinement and rehearsal time they would come together as solid Toledo Steel songs so we focused on those.

“I can remember us all feeling more satisfied as it took shape, and there was especially a good vibe in the studio when we were all sat together at the mixing stage. Capturing the performance side of things took a bit of time in certain places and I remember we had to rework some parts of some songs so they flowed better. As always, it wasn’t a breeze from start to finish by any means but we all worked hard on it. And we were our own worst critics! But when I look back on ‘Zero Hour’ I think it definitely gave us a solid standing in the scene of newer bands at the time. People seemed to like it and it lead to us getting some consistently good shows off the back of it. Even though it was only five years ago, it feels like a fairly different band now in a number of ways. The line-up has changed since then slightly so that would be the main reason for these differences of course,” he adds.

Meanwhile, the band – which features guitarist Tom Potter, bassist Felix Dock and drummer Matt Dobson alongside the gregarious frontman – are working on their follow-up to ‘No Quarter’.

“Things are going great with the new album and we can’t wait to release it! We’ve tracked all the drums and most the guitars already. The release date is pencilled in for towards the end of the year but with the whole Coronavirus situation going on at the moment, it may end up being delayed. Fingers crossed that won’t be the case though. I know every band has to say this but we feel this is the best collection of songs we’ve written yet. There’s a mix of vibes going on track to track but overall it’s a more upbeat album musically with perhaps more emphasis on melody than we’ve done previously. We’re already looking forward to get back out there once this pandemic is over but, until then, thanks to everyone who has and who still supports us. Take care and cheers!”

To buy ‘No Quarter’ or ‘The First Strike Of Steel’ please click the links below. 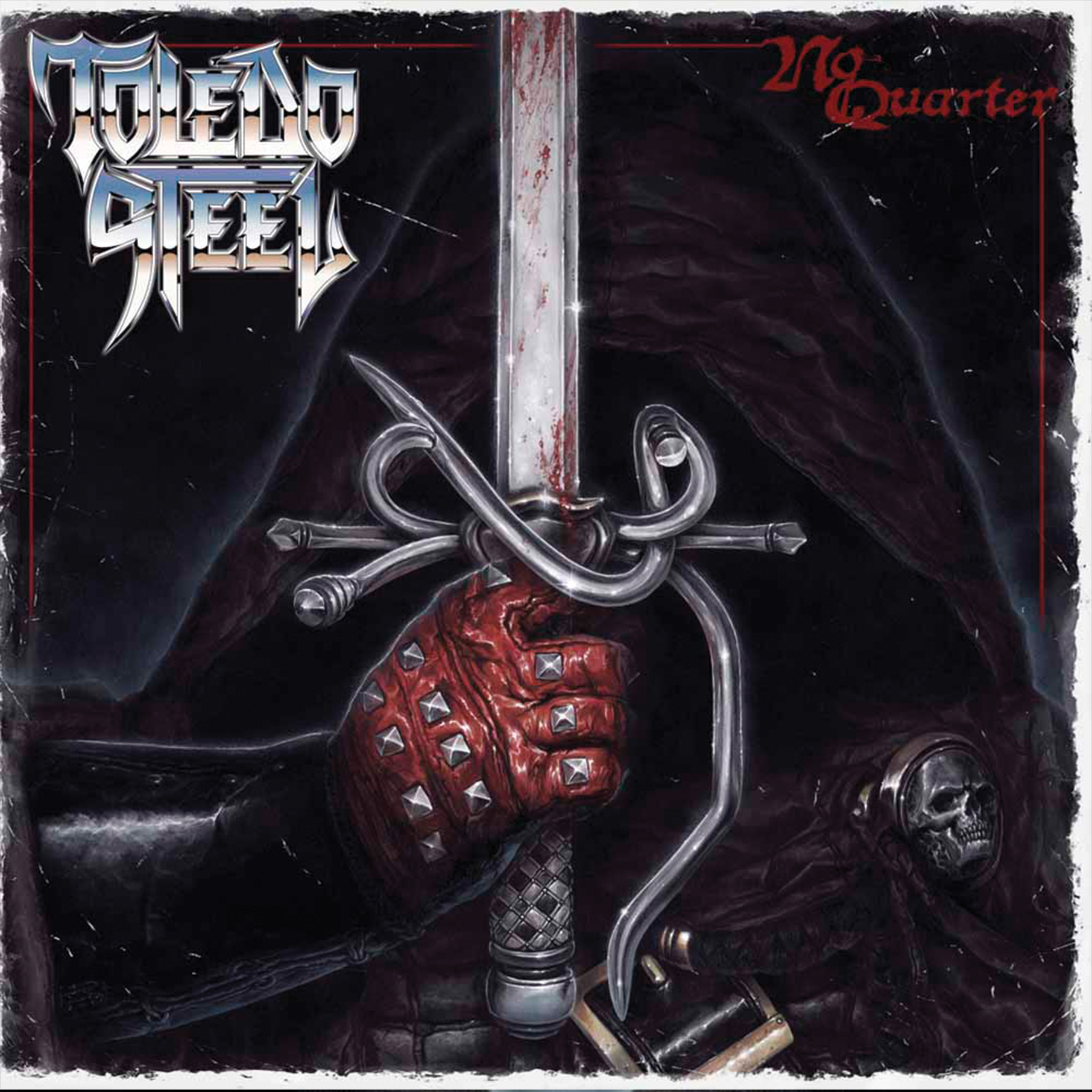 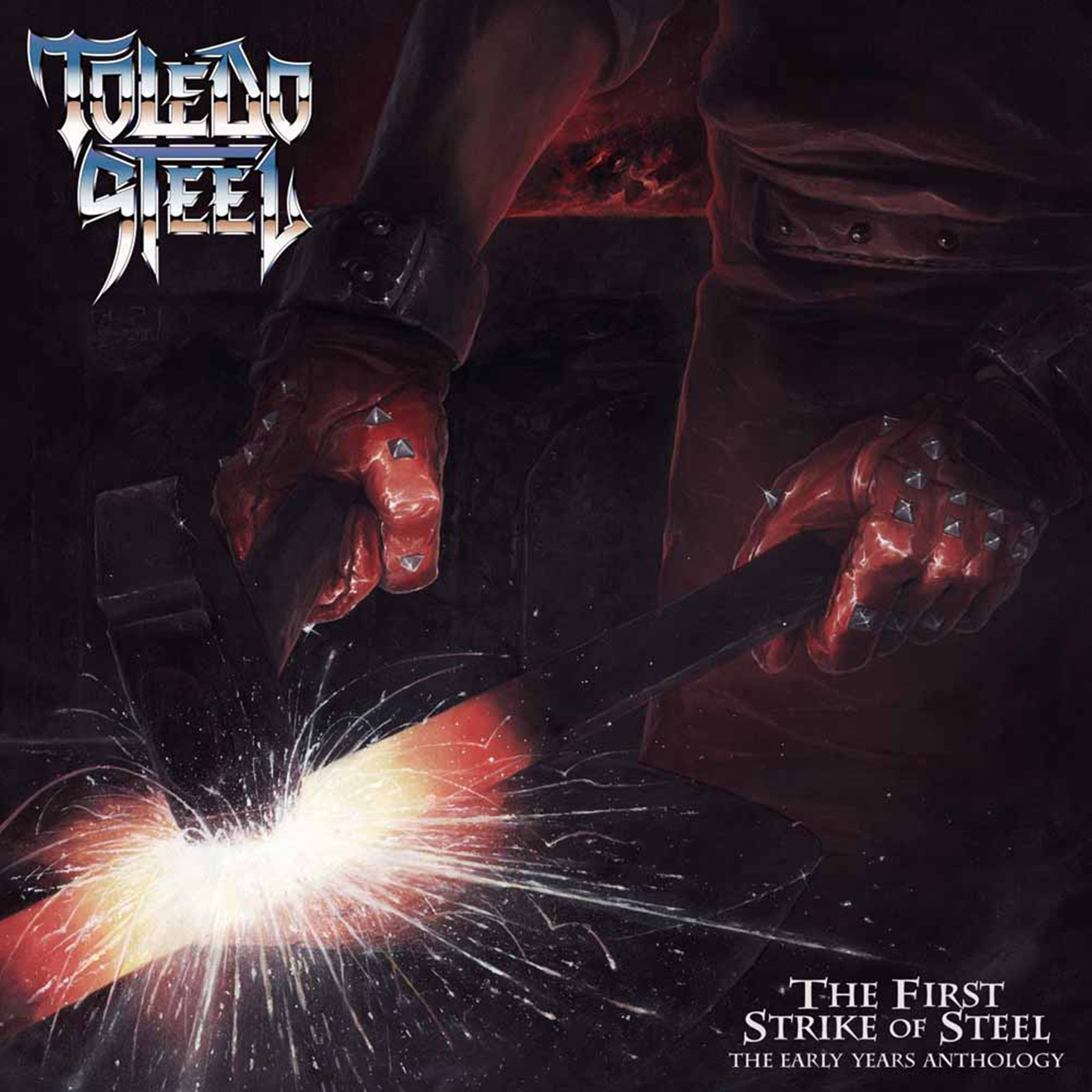