June saw the release of seven black and death metal box sets, featuring a staggering 31 albums or EPs from five very different bands. And while everyone knows that the best extreme metal comes from Scandinavia, this bumper clutch of releases – unleashed on 26 June – goes a long way to challenging that perception. To stream or buy any of the sets, click on the images.

Finland isn’t actually part of Scandinavia, although if my school-level geography holds up it is part of Fennoscandia and is also home to SARGEIST. Formed in 1999, originally as a solo vehicle for Shatraug, aka Lord Grimstein (and Ville Pystynen to the taxman), a handful of demos and a split single with Merrimack gave way to Sargeist’s debut full length release, 2003’s ‘Satanic Black Devotion’, which kicks off the wonderfully-named ‘Black Devotion Will Let The Devil In’ five CD package. The set continues with their next two albums, ‘Disciple Of The Heinous Path’ from 2005 and 2010’s ‘Let The Devil In’, as well as a couple of rarities: ‘Tyranny Returns’ was originally a full-length demo cassette originally recorded in 2001 and released by Moribund three years later, while the second disc in this collection is given over to the split album recorded with Denmark’s Horned Almighty and also released in 2004.

DODSFERD are a treat from Greece. Fronted by guitarist /vocalist Wrath (Nikos Spanakis), Dodsferd’s first demo appeared in 2003, and their first album ‘Desecrating The Spirit Of Life’ followed three years later. ‘LOYAL TO THE CULT I’ picks up with the band’s second full length outing, 2007’s ‘Fucking Your Creation’, and follows it with ‘Cursing Your Will To Live’ (also released in 2007), ‘Death Set The Beginning Of Your Journey’ from 2008 and the following year’s ‘Suicide And The Rest Of Your Kind Will Follow’. The fifth disc in the set is the ‘Until Your World Go Down’ EP from 2010 which features ‘Only Thorns Can Embrace Your Condemned Throne’ and ‘Another Two Of Your Scars And The World Is Dead’ from the ‘Another Two Of Your Scars…’ 7”, and a live version of ‘You Called It Resurrection, I Call It A Fairytale For Parasites, Your Kind!’ originally from ‘Cursing Your Will To Live’ and performed by Nadiwrath (featuring Wrath on vocals and Nadir on guitars).  Mortovatis, a jam band whose contribution ‘Rebirth 349’ clocks in at over twenty minutes, rounds off the EP, which to be fair, is longer than the average Seventies’ KISS record.

The four-disc ‘Loyal To The Cult II’ picks up where its predecessor left off, presenting 2011’s ‘Spitting With Hatred The Insignificance Of Life’ as the opening disc and following it with ‘The Parasitic Survival Of The Human Race’ (2013) and 2015’s ‘Wastes Of Life’. The collection also includes ‘A Cursed Heritage’ (2013), a compilation of material which pulls together the four tracks from the ‘Desecration Rites’ split album with Chronaexus, a track released on the ‘Monomanics Vol.2’ sampler and couple of newer songs from 2011.

SATAN’S HOST hail from Denver, Colorado and are less black and more thrashy than the other bands here. The brainchild of guitarist Patrick Evil, the band hit their stride with the acquisition of vocalist Leviathan Thisiren (aka former Jag Panzer frontman Harry Conklin) and released ‘Metal From Hell’ in 1986, although the band split up before the end of the Eighties. Fast forward to 1999 and Satan’s Host regrouped, this time with Eli Elixir – known as L.C.F. Elixir – behind the mikestand. ‘BURNING IN THEIR PURITY – THE ELIXIR ERA’ wraps up the run of albums recorded at this time, starting with ‘Archidoxes Of Evil’ in 2000, together with 2004’s ‘Burning The Born Again… (A New Philosophy)’, ‘Satanic Grimoire: A Greater Black Magick’ (2006), ‘Great American Scapegoat 666’ (2008) and finally ‘Power ~ Purity ~ Perfection… 999’, released in 2009. At this point Elixir left Satan’s Host to form Dark Priest, and his replacement was Leviathan Thisiren, returning for his second stint with the band and opening his account with ‘By The Hands Of The Devil’ in 2011. Satan’s Host followed this with a further full length release that year: ‘Celebration For The Love Of Satan’ featured two new songs (the title track and ‘Convictions’) together with ten cuts re-recorded from the band’s back catalogue. ‘THE DEVIL HANDS PRE-GOD – THE LEVIATHAN ERA’ starts with these two releases and then brings the story up to date with three further full outings –  ‘Virgin Sails’ (2013), and the 2015 pairing of ‘Pre-dating God – Part 1’ and ‘Pre-dating God – Part 2’.

Formed by Malefic (Scott Connor to his schoolmates) XASTHUR are a one-man band, inspired by the approach of Varg Vikernes and Burzum, and are also from the States – Alhambra, California, to be precise; not that the West Coast sunshine has done anything to lighten the mood. ‘THE MORIBUND CULT YEARS’ gathers up the three releases – two full albums and an EP – originally issued by the US-based Moribund label (hey, the clue’s in the title!) in the early Noughties. ‘Telepathic With The Deceased’ originally appeared in 2004, by which time Xasthur had been a going concern for nine years and already had five releases to their name (staring with the debut album ‘Nocturnal Poisoning’ which had appeared in 2002). ‘To Violate The Oblivious’ appeared the same year as ‘Telepathic With The Deceased’ and was originally released by Total Holocaust Records, but was then spruced up and re-issued by Moribund the following year. ‘The Moribund Cult Years’ rounds off with the band’s self-titled 2006 three-track EP which features the self-explanatory ‘Instrumental’ and ‘Bubonic Plague’ together with ‘Doomed By Howling Winds (’05)’, a reworking on the song which originally appeared on the ‘A Darkened Winter’ 7” five years earlier.

And finally, we wrap things up by returning to Finland, and AZAGHAL. Originally formed as Belfegor in the mid-Nineties, the band split and reformed as Nargoventor before taking on the Tolkien identity which serves them to this day. ‘BLACK TERROR METAL VOL.1’ commences with their second full length release ‘Helvetin Yhdeksän Piiriä’ [‘The Nine Circles Of Hell’] from 1999 and then fast-forwards through a number of solo and split releases to pick the band’s history back up with their seventh album ‘Omega’ which appeared in 2008. ‘Teraphim’ (2009) and 2012’s ‘Nemesis’. ‘Nemesis’ saw a change in frontman, with bassist Niflungr taking over from original vocalist Varjoherra, which might be the reason why the majority of the material is sung in English rather than Finnish. Not, to be honest, that it’s apparent a lot of the time…

And, of course it all started here: 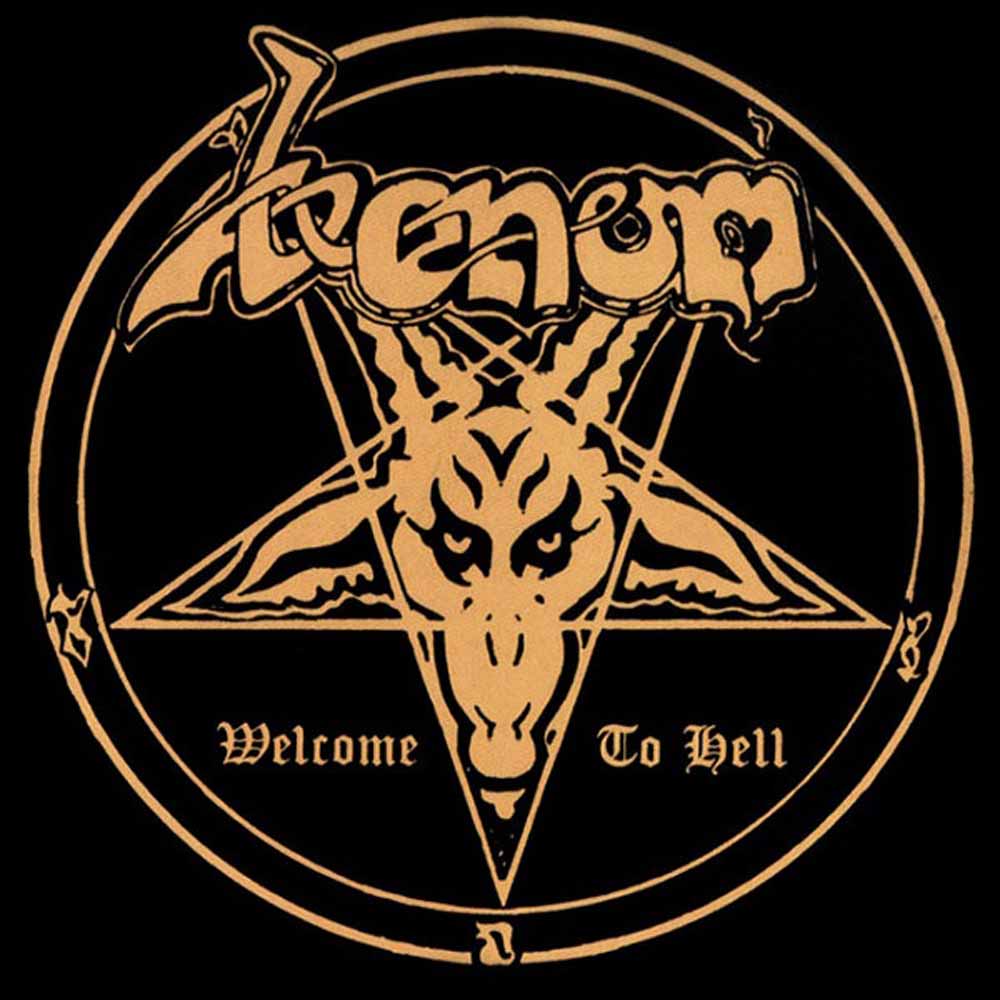 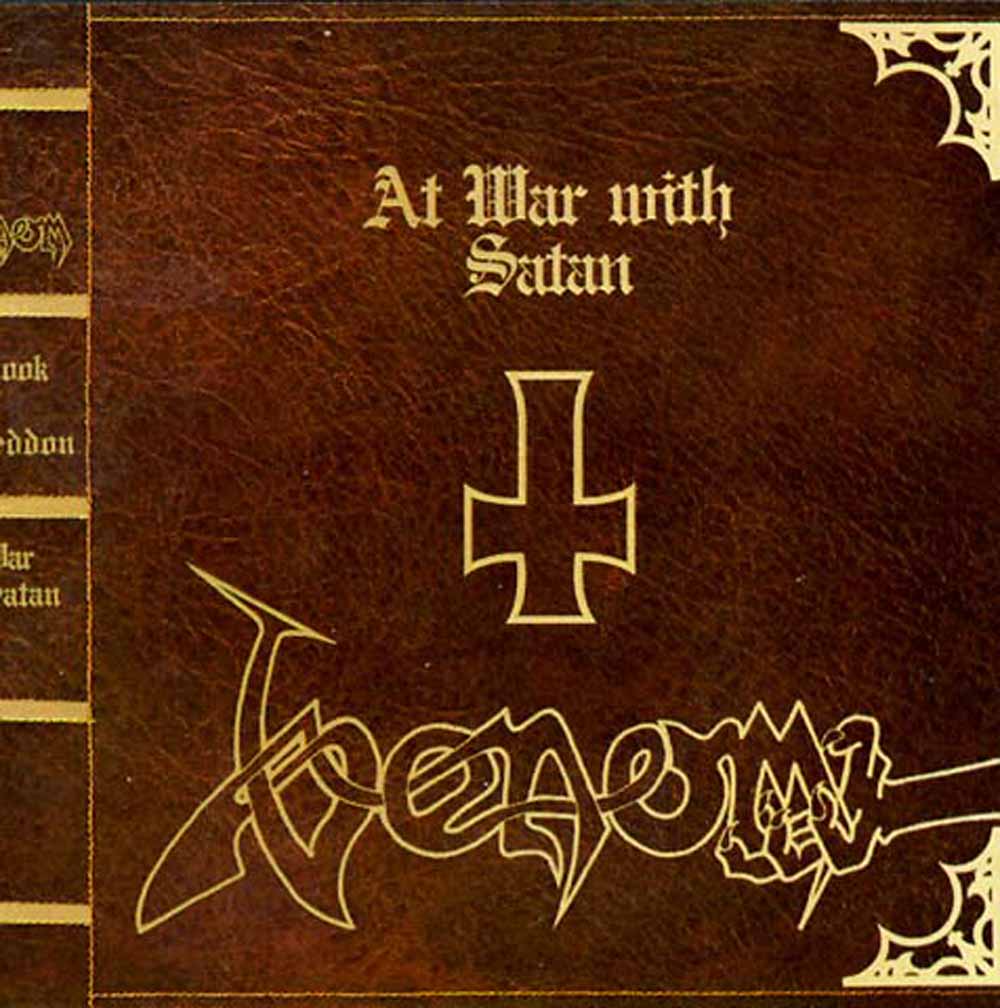 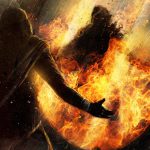