Ian Gillan Band, on the ‘Clear Air Turbulance’ tour, 1977, at The Queensway Hall, Dunstable. My fifteen-year-old mates and I had recently discovered Deep Purple’s ‘Made In Japan’ album and played it to death. So, when we realised that Ian Gillan was playing at our local venue, we just had to go! It was very disappointing, as we were waiting all night for Purple numbers, and we got some boring jazz crap instead! We finally got ‘Smoke On The Water’ as the encore number, just before we left for our Luton beds. (Pun intended, and stolen from Robert Calvert, Hawkwind vocalist).

Ghost at the O2 Forum, Kentish Town, 26 March, 2017. It was a brilliant show, and I’m glad I caught them before they got huge and started playing much bigger venues for stupid prices. I know I’m a miserable old man, but I resent paying over £70 to see a band in a stadium or arena. Not just because the ticket prices are extortionate, but because by the time a band is playing in an arena, they’re usually past their best!

Either It Bites on the ‘Once Around The World’ tour at The Dominion, London, in 1988, Queensrÿche on the ‘Operation: Mindcrime’ tour, Kentish Town Forum [then the Town & Country Club], London, 1988, or the aforementioned Ghost ‘Popestar’ tour, again at the Kentish Town Forum. They were all exceptional gigs.

Motörhead at The Queensway Hall, Dunstable. I was down the front, and my ears were ringing for days after. It was so loud that you couldn’t tell what song they were playing until you could make out what Lemmy was singing. It was ridiculous really!

That’s a tough one, but I suppose logic would tell me that it has to be Black Sabbath. Whenever they would release a new album, I’d buy it without hearing it first. They are probably the only band I can say that about, so I suppose that makes them my favourite.

Hawkwind: I’d see them regularly once or twice a year in my younger days.

My first LP was a Christmas present as a young teenager – ‘20 Fantastic Hits By The Original Artists’. Although it was on the Arcade label, it was like those K-tel records of the early Seventies. I wanted it because it had my favourite band of the time, The Sweet, on it, along with Slade, T Rex and (ahem) Gary Glitter. On that record I discovered ‘Layla’ by Derek & The Dominos, and Joe Cocker’s ‘Delta Lady’, both great songs. Ahh, to quote the final track, ‘Those Were The Days’!

Roger Waters’ ‘The Wall’ tour at Wembley in 2013. I know I said earlier that I resent seeing bands in stadiums or arenas, but you cannot put on a show like ‘The Wall’ in a theatre and do it justice! I saw Pink Floyd perform ‘The Wall’ at Earl’s Court in 1980, but the technology had moved on so much by the time Roger Waters came to perform it again in 2013 that it was like a whole new show. Unfortunately, I had a family holiday booked abroad at the same time, and so I missed it. I have the official DVD of the tour, but, of course, it is not the same as being there. I’ve also got a live recording of Queensrÿche – ‘Storming Detroit’ – from December 1984: listening to that CD, that sounds like it would have been the a perfect gig for me.

The song you wish you’d written

When asked to choose a favourite song, I always say that I prefer listening to full albums as a piece of work rather than just one song. But if I have to choose one song, I might go with Neil Young’s ‘Rockin’ In The Free World’ because I like the simple riff and lyric, and the overall vibe of the song. It’s just a great, no-frills, no-messing, straight-ahead rock song.

Elixir’s ‘Voyage Of The Eagle’ is available to buy or stream now. Click the link below 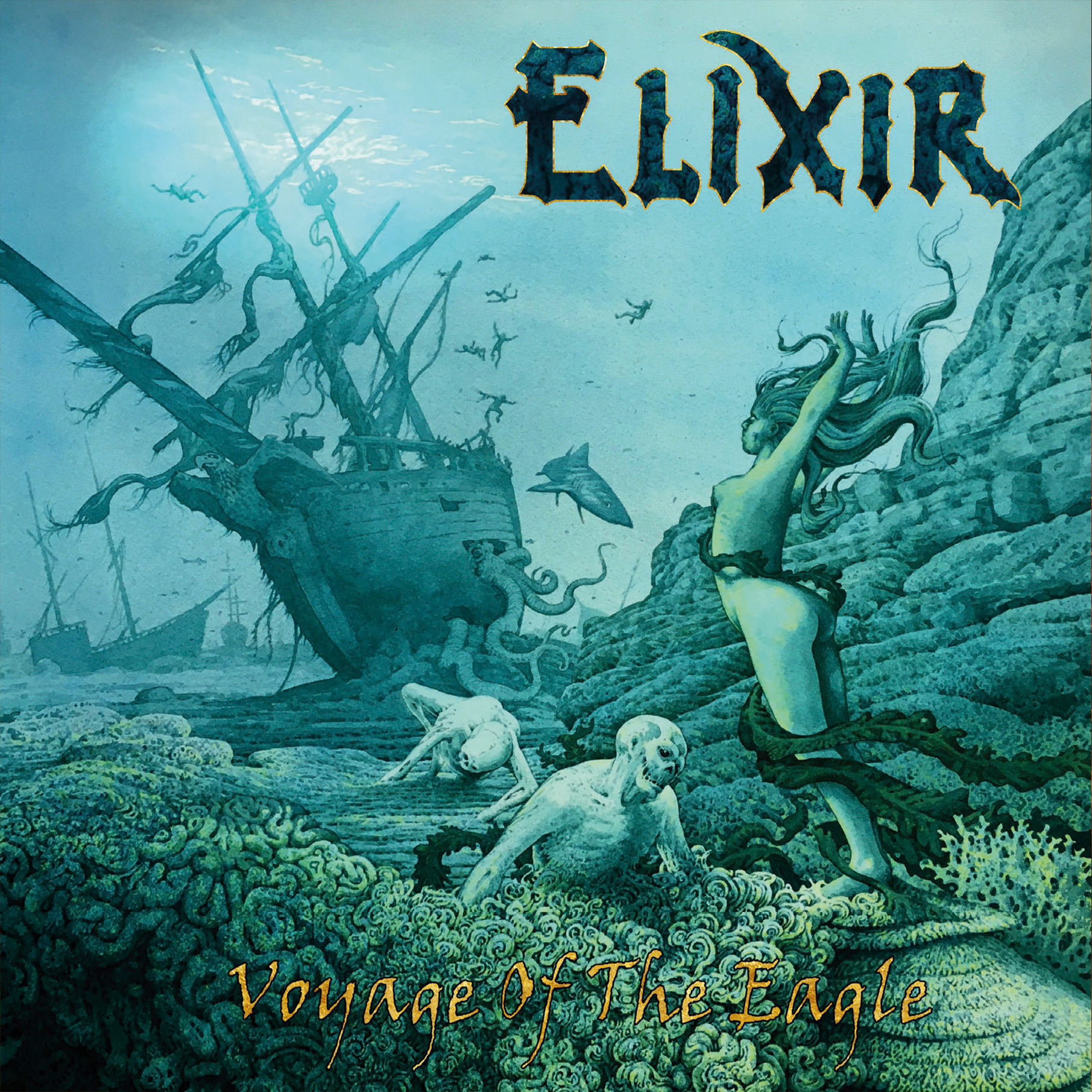