In the Valley of the Kings and peered in. “Can you see anything?” asked his patron, Lord Carnarvon. “Yes,” he replied. “Wonderful things.”

With Tokyo Blade’s latest album ‘Dark Revolution’ only just appearing in the shops, guitarist Andy Boulton (the Blade’s only constant member over the past forty-odd years) has a new venture ready to roll. ‘Valley Of The Kings’ – an album with almost as many treasures as the young pharaoh’s tomb – is the debut outing for The Last Renegades, which sees the Blade’s guitarist collaborating with vocalist AIO and proving his versatility by playing every instrument on the album. And he’s more than happy with the way it’s turned out, called it at one point “some of my best work, and fun to do, too.”

The roots of The Last Renegades can be traced back to the time of Tokyo Blade’s ‘Thousand Men Strong’ album, which was released in March 2011. “It basically started when I met Adrian or AIO as he prefers to be called, when we were searching for a singer before we found Nick [Nicolaj Ruhnow] to do ‘Thousand Men Strong’. Somebody had seen or heard some of Adrian‘s work on the internet and suggested he would be a good singer for Tokyo Blade. I approached him and he was up for it and we start batting a few ideas around for songs – fortunately he has his own small studio at home, so I was able to do what I did with ‘Valley Of The Kings’ which was to send over the completed song and he would then write the vocals and the lyrics. However, having a family and being in a pretty good job, he wasn’t able to commit to Tokyo Blade without earning a really decent wage and that’s something that even those of us that have been in from the beginning have never had,” he laughs. “Anyway, just after we released ‘Unbroken’ in 2018 I had an email from Adrian. We hadn’t spoken for some time and he just said something like, ‘congratulations on the album I’m glad to see you’re still at it, and it would be nice to do an album together,’ so I thought, ‘why not?’ and off we went.

“The great thing about the album,” he continues, “was that I didn’t have to do anything that was in keeping with Tokyo Blade. I could do whatever I wanted, and that gave me the freedom to write stuff that maybe wouldn’t have fitted with Tokyo Blade, and some stuff that definitely wouldn’t. For example, the song that is dedicated to my parents – ‘Across The Great Divide’ – I was able to play keyboards. My mother was a fantastic pianist and it was from her that inherited my musical ear. She had perfect pitch so she could listen to something and play it immediately which is a very, very rare gift. I was lucky to have inherited some of it and with my family hailing from Scotland and my father being Scottish I did the pseudo-bagpipe solo near the end of the song. It was great to be able to do such a fitting tribute to my mother and father but it’s the sort of thing that we could ever have done in Tokyo Blade. I think being as most of my favourite music came from the Seventies and Eighties that’s what influences me the most, so I guess most things that I do are going to sound that way. It’s not intentional, it’s just the way I write. I’ve never sat down and thought ‘I must write something that sounds like this or like that, but in Tokyo Blade I have to be mindful of the fact that if I step too far outside the box – like we did with ‘Blackhearts & Jaded Spades’ – the fans aren’t going to like it. And the fans are responsible for putting us where we are, so you need to give them what they want.

“Adrian did actually suggest that we call the album ‘Across The Great Divide’ as a tribute to my parents, but I feel that the title track needs to be representative of the material that’s on the album and ‘Across The Great Divide’ is a song that means a very great deal to me obviously, and I’m very proud of it, but it’s not really representative of what’s going on. So I chose ‘Valley Of The Kings’ and I gave Andrew Batchelor, my long-time friend who did the artwork for about five Tokyo Blade albums, the idea for what I had in mind. I remember seeing the Tutankhamen death mask when it came to England many years ago at the British Museum. In fact I saw it twice, as my late eldest sister Eileen had a degree in archaeology and did a lot of work on pre-dynastic Egypt and she took me to see it, and I also went with the school. And even though I was very young it made a fantastic impression on me: it really is a work of art beyond compare in my opinion. So I suggested to Andrew that we somehow incorporate the death mask of Tutankhamen, and Andrew being the great graphic designer that he is came back with that design. I immediately said, ‘yeah, that’s the one’.”

I asked Andy what he set out to achieve when he started working on ‘Valley Of The Kings’, a question that momentarily stumped him. “Blimey, that’s a tricky one! I always just set out to write good songs, and I am sure that we achieved that, but the fans will be the guys who buy it and if they think it’s a great record then I’m happy. But I find it very difficult to be objective about my own stuff. And it was an awful lot of work, but I am a workaholic anyway when I get my teeth into something. The most enjoyable thing was the complete freedom to do everything I wanted. I didn’t have to call anybody or ask anybody if they could come over and do X,Y or Z: I could do everything myself. It wasn’t an ego thing at all, it’s just it was a lot easier to do everything myself and as I find creating anything very relaxing I never feel pressured. I guess it comes down to not doubting yourself; I don’t doubt that I can write a decent song and knowing Adrian I knew that he would do an excellent job with the vocals. I’m one of those people that responds well to a challenge. I’ve been like it since I was a kid. If somebody tells me I can’t do something, I’ll do it just to spite them!” he laughs.

And the album’s strengths? “The quality of the songs and the performances, and the fact that all the tracks are a little bit different from each other. It’s not an album for everyone, maybe, but I like to listen to different things. I rarely listen to heavy metal at home. I’m normally listening to the old stuff like Pink Floyd, Led Zeppelin, Thin Lizzy, UFO and all the stuff that I grew up on. I like a lot of modern stuff too – I love listening to Adele, and Jann Arden is an absolute beast of a performer. I do like to listen to a lot of female artists so my tastes are really varied. I get really bored listening to the same old thing and I get really bored writing the same old thing, so I always try to sneak something new into an album, even with Tokyo Blade. The next Blade album that I’m writing at the moment, for example, has some orchestral sections in it. They’re not dominant and we haven’t turned into ELO,” he laughs again, “But I just like doing interesting things, musically. I think if I had to choose one track to illustrate the album it would be my favourite which is the title track, ‘Valley Of The Kings’. I’m incredibly proud of and pleased with that song, and I love Adrian‘s take on it. If you’ve seen the video which I knocked up for it, it’s not the usual heavy metal stuff about mummies coming back from the dead and going around strangling people and that kind of thing. It’s actually about Howard Carter and his search for the tomb of the boy king Tutankhamun. One thing I love about Adrian is that he always comes up with interesting ideas for lyrics like, say, ‘Colonel Kill’ which is about the Canadian air force colonel who was a serial killer and although he eventually got caught nobody had suspected him because of his rank and position. Adrian,” he summarises, “is a great guy to work with. I would like to do a second album with him but he’s a busy guy and I don’t know whether we’ll achieve it. I mean, he’s very positive about it but he can’t work at my speed and that’s a bit frustrating for me.”

Readers may recall that in the interview with Andy Boulton in Echoes 18, the guitarist admitted that Tokyo Blade frontman Alan Marsh called him “Mr Disposable”, because no sooner has he finished one thing then he’s straight on to the next. “That’s right,” Andy confirms. “Like a lot of musicians and artists before me I get very obsessive. I tend to bury my head in something and just keep going, sometimes forgetting to eat or thinking that I’ll get something later and just not getting round to it. I just love being busy.”

As we wrap things up I ask Andy if there were any amusing anecdotes arising from the album’s creation. “Well, the only thing I can think of,” he reveals, “and it was very funny at the time, was that Adrian suggested we close the album with a vocal and guitar song. Just acoustic guitar and his vocal. So he sent me this song, which is now the album closer ‘When Will I See You Again?’, and said ‘I’d like to do this’. So I listened to it and then emailed him back and asked, ‘is that you playing guitar?’ His email came back covered in laughing emojis, and he said ‘no, it’s you, you idiot! That’s the song we wrote together years ago’. I literally could not ever remember doing it, but when I started listening to it again I began to remember it. I guess that’s my ‘do-it-and-move-on’ personality again!”

The Last Renegades’ ‘Valley Of The Kings’ and Tokyo Blade’s ‘Dark Revolution’ are both available now. To stream or but the album, click the link below. 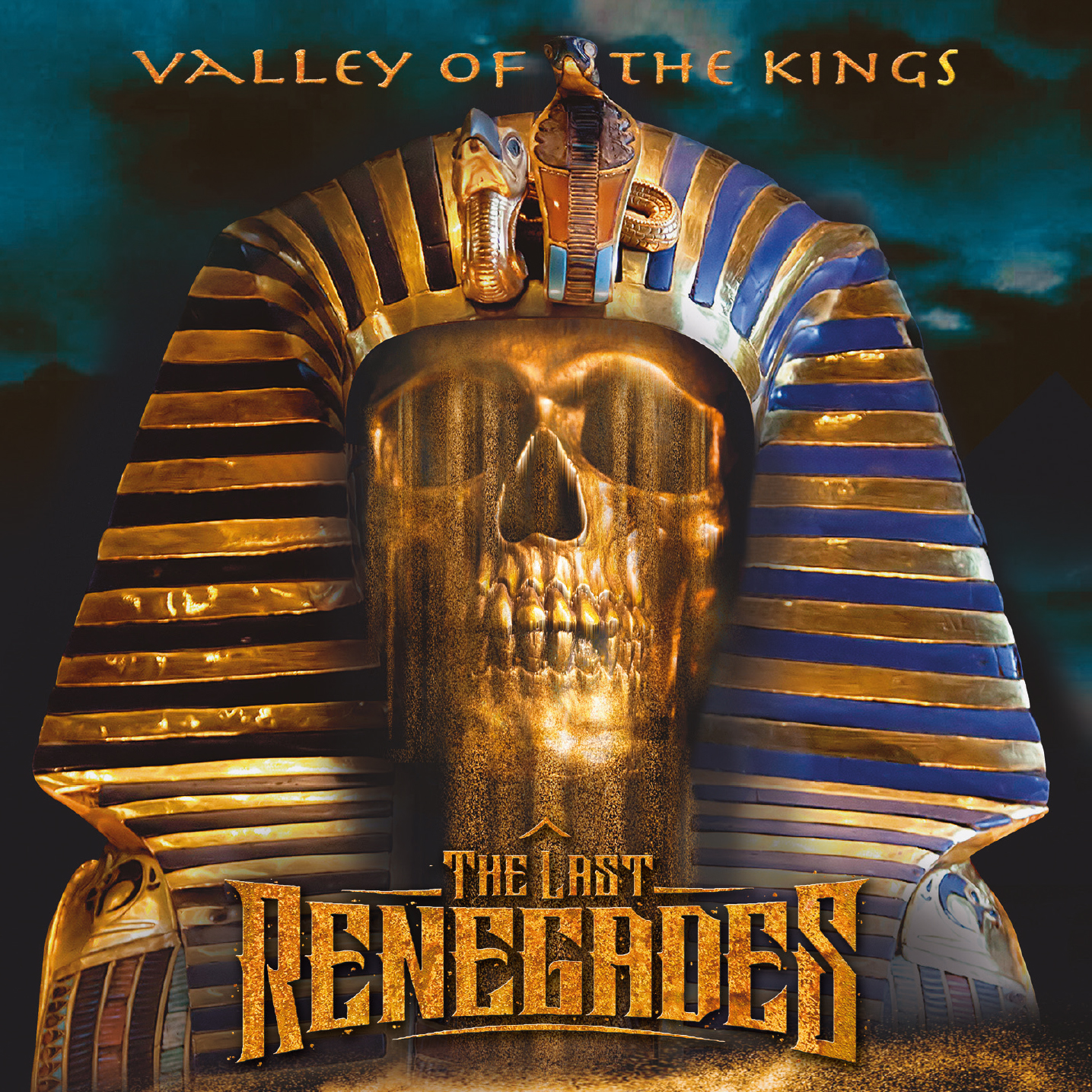 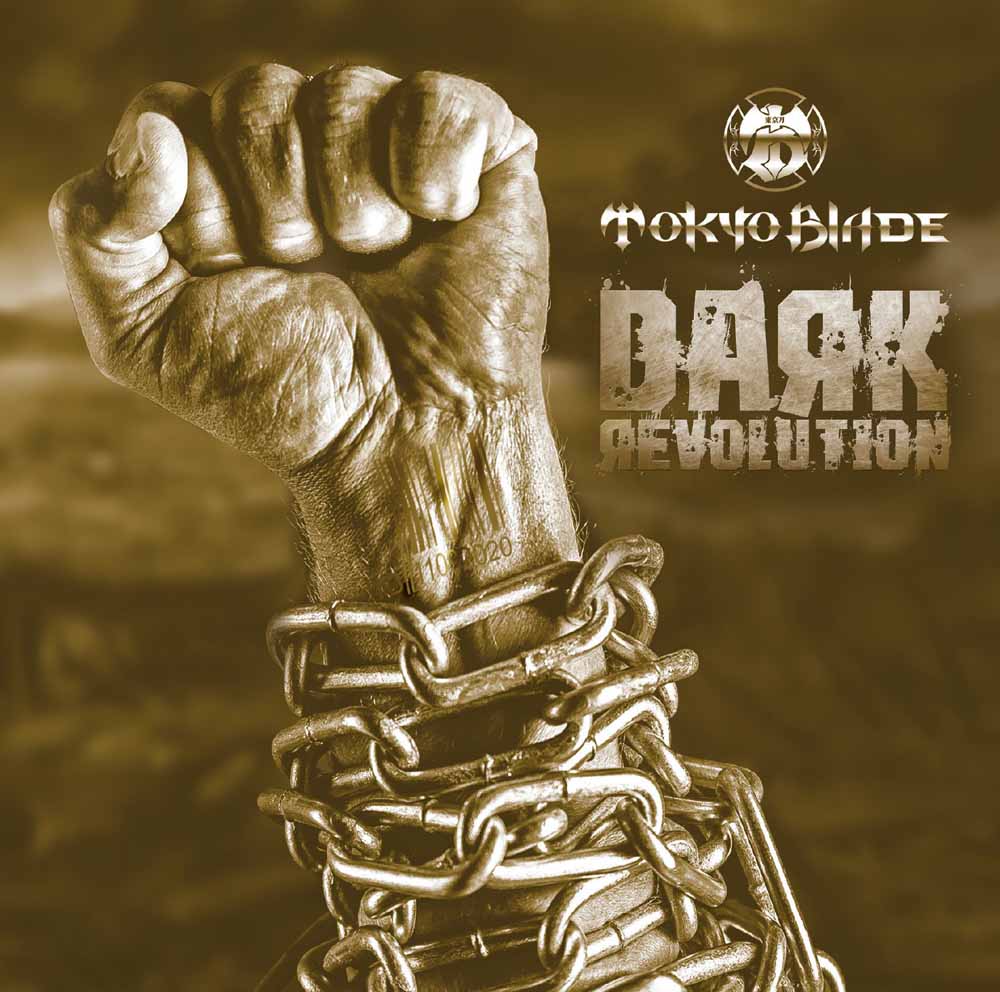 LOST IN SPACE – Eliminator’s Jack MacMichael talks about the history of the band, their ‘Lost To The Void’ release and the importance of a garlic bread hotdog.