My first gig was Whitesnake at Newcastle City Hall in 1978 when I was thirteen. I believe Magnum were support on that show. My brother decided it was time to take me to my first rock gig and I have been hooked ever since.

My most recent gig before this horrible lockdown was The Sweet in December 2019 in Gateshead. It was great gig with a lot of singing and dancing. Great fun and Andy Scott is still a fantastic guitarist.

That is a tricky one. I was at the very first Monsters Of Rock in 1980 which Rainbow headlined, and I will never forget that brilliant day. But the best gig I have ever been to for sheer atmosphere and anticipation was KISS in 1983 at Newcastle City Hall on the ‘Lick It Up’ tour. The air was truly electric that night to finally see KISS, and also because they had removed their make-up. They were amazing and did not disappoint.

My favourite band is KISS. For me they have it all. Great songs, great live stage shows and of course great stage presence. I think Paul Stanley is one of the greatest frontmen in rock and Gene Simmons is not far behind him.

Well, this is another tricky one. I have seen KISS maybe ten or twelve times but the band I have seen the most is Venom. I toured with them as drum tech for a few years and then my own band Atomkraft supported them on a European tour in 1985. So, I must have seen them maybe forty or fifty times. Great fun!

I was very lucky as most of the time I would just steal my brother’s record collection and listen to that as it was all rock – plus it saved me money! I think the first record I first bought was Black Sabbath’s ‘Heaven and Hell’, an immense record that I still listen to regularly even to this day.

There are two gigs that I wish I had been to. The first is Rainbow on their ‘Rising’ tour in 1977 at Newcastle City Hall, and the second, well, I would have loved to have seen KISS on their ‘Creatures Of The Night’ tour in the USA.

The song you wish you’d written

‘Happy Birthday To You’ [laughs] Seriously, that is a hard question: I love so much music for so many different reasons. But I guess the song I wish I had written is ‘Na Na Na’ by Cozy Powell. A true drummer’s song which I can relate to very much. Like the song says, “I wanna be the man with the fifty-pound hammers…”

To buy the Atomkraft releases, click on the links below: 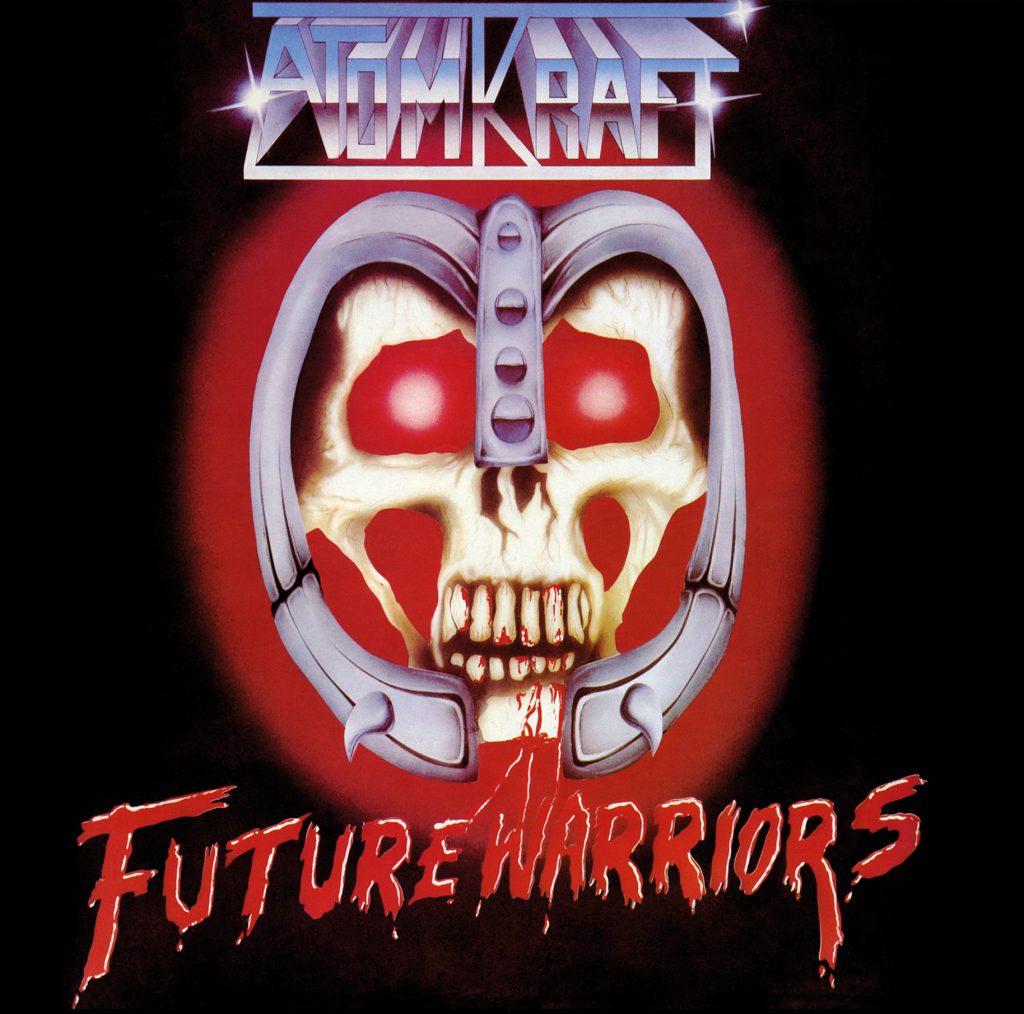 ONLY TIME WILL TELL – Desolation Angels’ Robin Brancher tells the story of the Londoners’ ‘lost’ second album, ‘While The Flame Still Burns’