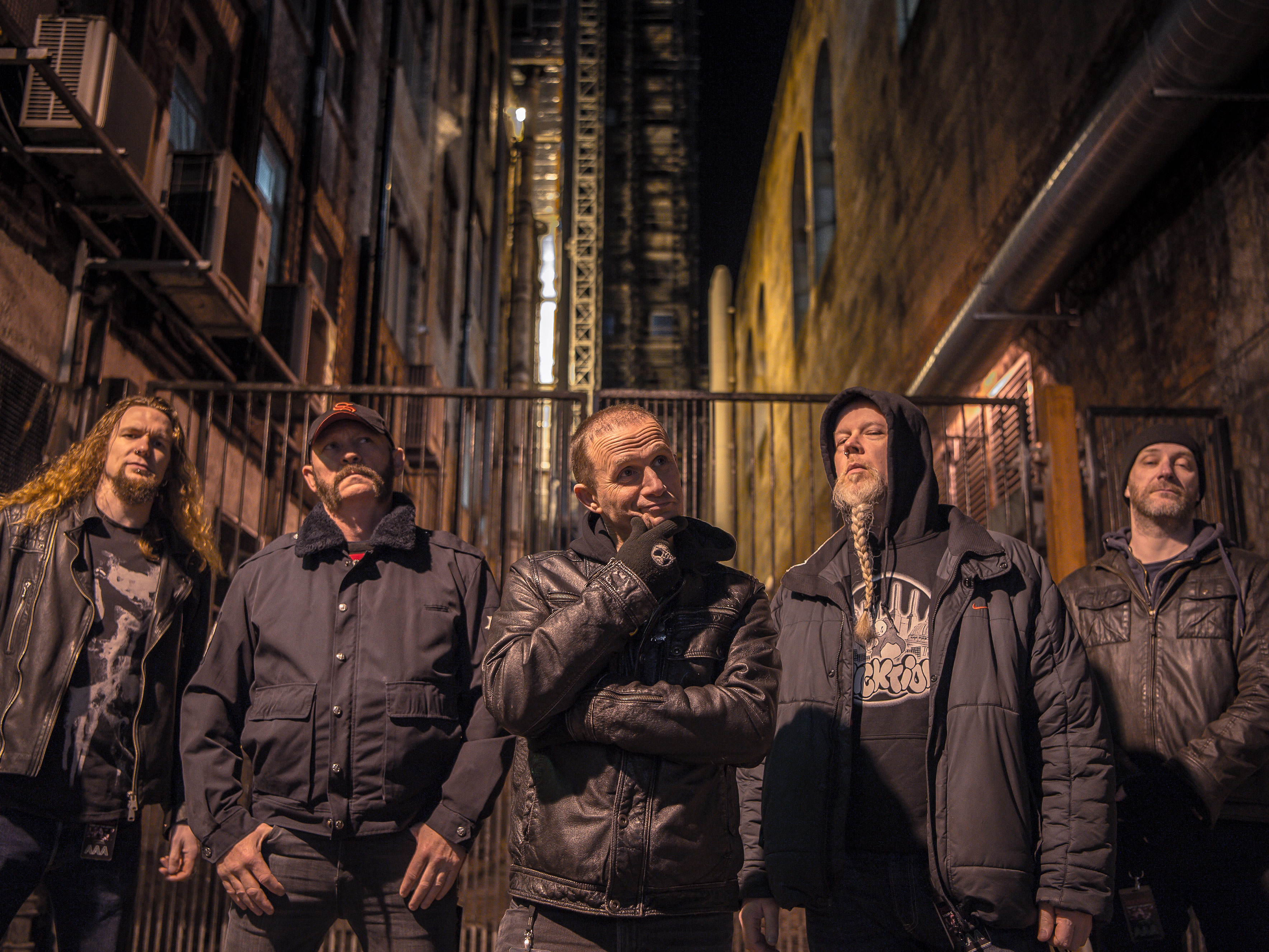 In 1991 Acid Reign left an ailing UK thrash scene with a final show at the London Marquee. They toured with the likes of Nuclear Assault, Dark Angel, Exodus, Flotsam & Jetsam, Death Angel, and Candlemass. During this time they put out two full length albums namely The Fear and Obnoxious following on from their Mini Album debut in 1988, Moshkinstein. A final compilation “The Worst Of Acid Reign” was released and their brief but highly productive career came to an end.

Since returning from a 24-year absence the band featuring original vocalist Howard H Smith, Pete Dee (Bass), Paul Chanter (Guitar), Marc Jackson (Drums) & Cooky (Guitar) have been busy. On the back of two new songs Plan Of The Damned (2015) and The Man Who Became Himself (2017) they hit the road both at home and throughout Europe for numerous tours and festival appearances. Including the now legendary record-breaking Headline slot of the Sophie Stage at Bloodstock 2016.

During this time, they have earned themselves a fearsome live reputation famous for its high energy, mass stage diving and violent pits. Reeling off old school classics from their back catalogue they have become a must-see act that has seen the band sign with K2 live agency (Metallica, Slayer, Anthrax).

With a new album already recorded their time to reign has come again.